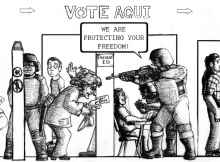 The U.S. 5th Circuit Court of Appeals on Aug. 5 ruled that the Texas voter ID law, which has been in effect for four years, has a “discriminatory effect” that violates the federal law that prohibits racial discrimination in voting. The ruling, which came one day before the Voting Rights Act turned 50 years old, was a close win for critics of the Texas law.

In a statement issued the afternoon of the ruling, Gov. Greg Abbott did not say whether the state would appeal; however, the governor did say, “Texas will continue to fight for its voter ID requirement to ensure the integrity of elections in the Lone Star State.”

The question is, what kind of integrity is that? Texas has been known throughout American history as the most conservative and racist of states because of its historical affiliation in slavery.

The Texas ID law is one of the strictest of its kind in the country. It requires voters to bring a government-issued photo ID to the polls. According to votetexas.gov, which is powered by the Texas Secretary of State’s Office, accepted forms of identification include a state driver’s license or ID card that is not more than 60 days expired at the time of voting, a Unites States passport, a military ID card, a concealed-handgun license, a U.S. citizenship certificate with a photo and an election identification certificate issued by the State Department of Public Safety. 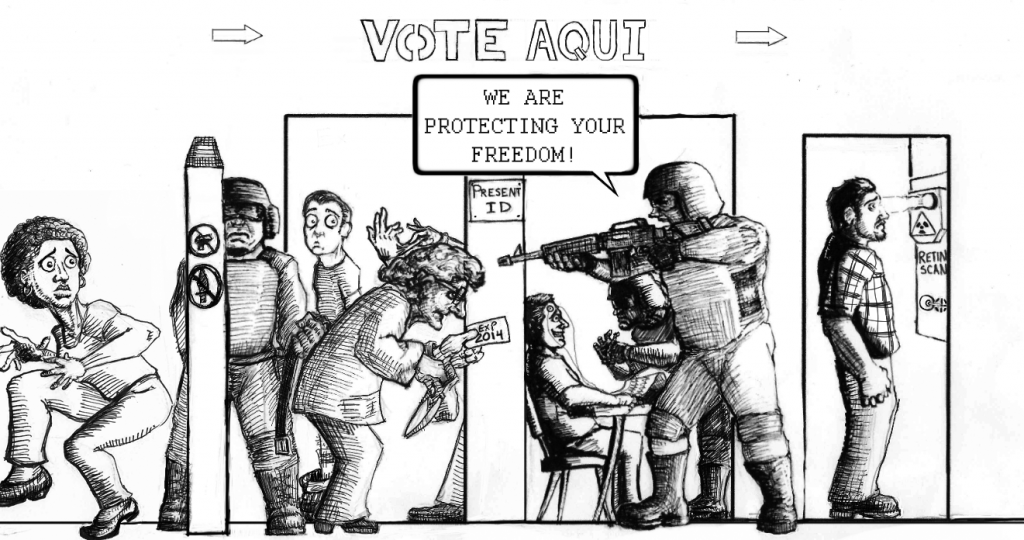 Individual voters, civil rights groups and the Department of Justice agree that the law is discriminatory because a far greater number of poor people and minorities do not have these forms of identification and lack easy access to birth certificates or other objects needed to obtain them.

While the federal act still bans laws that suppress minority voting, it has been uncertain exactly what kinds of measures cross the legal line since that Supreme Court ruling in 2013. The ruling blocked the voting act’s most potent enforcement tool, federal oversight of election laws in numerous states, like Texas, with histories of racial discrimination.

Although the appeals court upheld the finding of discriminatory effect, the three-judge panel said the lower court must re-examine its conclusion that Texas acted with prejudicial purpose.

Texas could appeal to the full Fifth Circuit Court of Appeals in New Orleans or the United States Supreme Court.

The voter ID law was put in place to ensure that voting would be honest, but in a 147-page opinion issued in fall 2014 by District Court Judge Nelva Gonzales Ramos, the law creates an unconstitutional burden on the right to vote and blocks its enforcement.

She noted the lack of evidence that voter fraud was a threat and cited expert testimony that about 600,000 Texans, mainly poor, black and Hispanic, lacked the newly required IDs and often faced obstacles in obtaining them.

However, the appeals panel said that because illegal intent had not been established in passing the law, and deciding the issues would be too disruptive to change the rules so close to Election Day, legislators declared an interest in preventing voter fraud by seeking ways to alter the voter law short of overturning it entirely.

But civil rights advocates focused on the court’s decision to uphold Ramos’ findings that the ID law had a discriminatory effect, thus infringing on Section 2 of the federal Voting Rights Act.

The evidence that the law violated Section 2 was relatively strong, said Justin Levitt, an elections expert at Loyola Law School in Los Angeles, because the racial difference in impact was striking.

Texas’s strict voting law is something to question. Despite what the higher-ups tell us, the law itself is something to question and challenge. Every citizen has the right to vote, and if the government makes it harder for them do what is a constitutional right then something needs to be done. We need to challenge the government because if we do not, then repression such as the Texas voting law will occur.