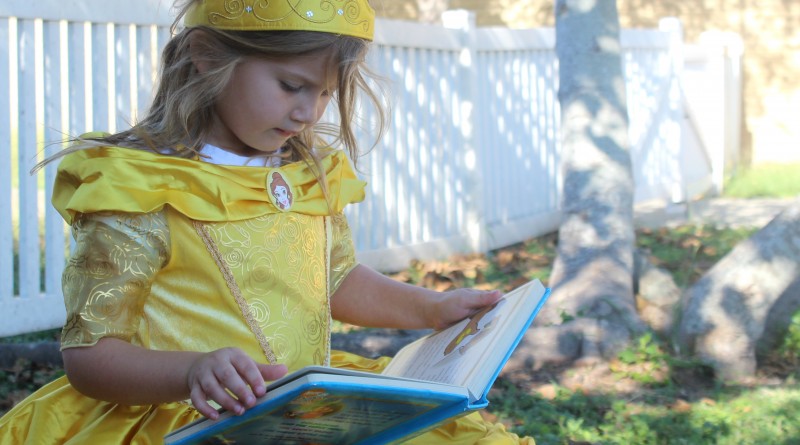 Brooke Wausson reads a book in her halloweeen costume while dressed as Belle.

With nights getting longer and days getting cooler, fall was in full swing on the Del Mar campus. The annual Fall Carnival was held in the Harvin Center on Oct. 28 and featured dozens of booths sponsored by clubs.
Booths at the festival offered fun Halloween themed activities such as ring tosses, pumpkin decorating, photo booths and a dunking booth. The event also included a costume contest that gave participants the chance to win prizes.

Around the corner, the kids at the Center for Early Learning had their own fall-themed festival. Along with arts, crafts and a pumpkin patch full of books, a fire truck and its crew visited the kids to talk about fire safety and give them the opportunity to tour the truck.
Two Jell-O eating contests were held in the Harvin Center on Halloween, boasting $25 campus meal cards as prizes. Students also had the opportunity to win free food in the cafeteria by taking place in an apple eating contest.

Sugar skull decorating also took place on both campuses to celebrate Día de los Muertos, or Day of the Dead.