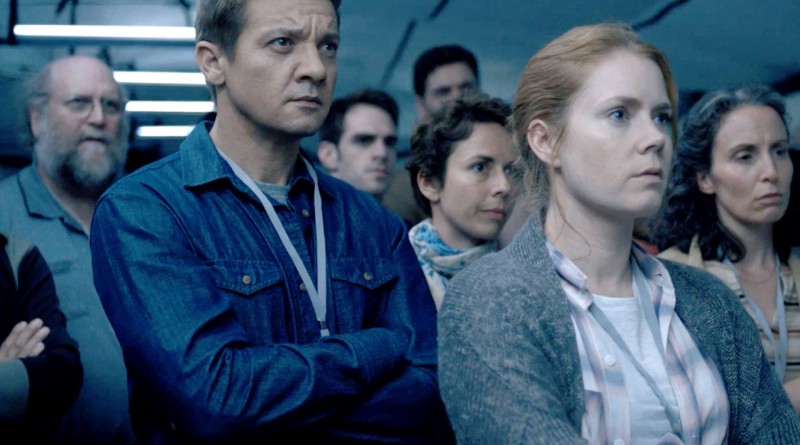 Director of ‘Sicario’ brings a strong sci-fi flick to audiences

If “Arrival” is that movie about aliens that you really want to see, and you heard was good, but you haven’t gone yet — go see it.

It’s hard to describe the beginning of “Arrival,” starring Amy Adams, without describing its ending. And that’s what was so amazing about it. This is a movie about first contact as much as it as about the consequences of love.

Aliens do show up, yes. The main character, Louise Banks (Adams), is the world’s greatest translator and the U.S. government needs her to figure out how to talk to the aliens who just showed up in Montana. All in all, 12 alien ships descend around the globe, and scientists can’t figure out why they are where they are, or what they want.

It’s up to super-translator Banks to meet the aliens, figure out how to talk to them and ask them, “Why are you here?” This is a difficult task, but thankfully she has help from handsome scientist/theoreticist Ian Donnelly (Jeremy Renner), whom she will butt heads with and eventually fall in love with. Also, this entire movie sets him up for the world’s most epic one-liner. While standing outside of an alien ship, he says: “It wasn’t them I was so surprised to find here. It was you.” Cue every woman sighing and remembering how much she hates her boyfriend because his opening line was “SEND NUDEZ.” How can men live up to this? 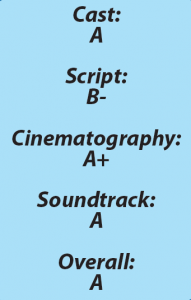 Adams knocks it out of the park in this movie. She quips confident one-liners every 10 minutes, reminding all of these men that she’s a woman who can take care of herself, and the smartest one in the room. She plays brilliant and heartbroken so well, seemingly on the verge of tears in every other scene, but she does it with strength. Renner plays handsome and charming very well, and Forrest Whitaker has a New England accent for some reason. He’s really pushing his boundaries here.

The climax of this movie was tremendous, tying together several mysteries at once and strangling you with them. I’m not going to say I was crying but I definitely had something in my eye. I think it was chili powder from the popcorn.

To say more than that would give away several key points of the movie, but Director Denis Villanueve (“Sicario,” “Prisoners”) has made a fantastic science fiction movie, without relying on the tropes. It invokes emotion, and demands your attention.