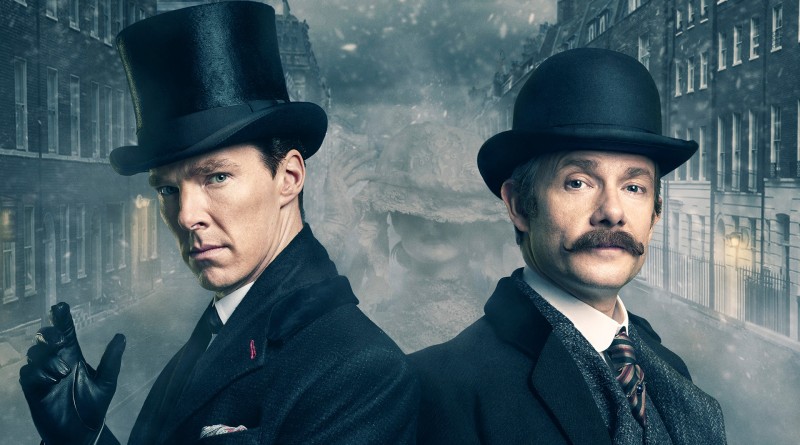 A typical TV series has about 13 episodes and comes out every year. Episodes run for an hour, with commercials, so the episode itself is roughly 40 minutes. “Sherlock,” on the other hand, is completely different.

An episode of “Sherlock” is a full hour and a half with no commercials or interruptions. So far, each season has only 3 episodes. British shows in general are a full hour because in the U.K. they don’t get commercials while the show is airing. Their goal, according to the lead writers of the show Mark Gatiss and Steven Moffat, is to make it like a movie for the television screen.

The show “Sherlock” follows the short stories written by Sir Arthur Conan Doyle, but they have a modern twist. Each episode is one of the short stories like “A Study in Pink,” “The Hounds of Baskerville” and “The Sign of Three.” With the modern twist to these classic stories, each episode is an emotional roller coaster. The episodes are filled with sarcasm and jokes, but the touching moments between the characters are what will get the audience glued to the screen. This is what true television drama is all about. Without commercials or interruptions the audience is able to watch the episode in peace and is kept intrigued with what’s going to happen.

The only downside to “Sherlock” is that the audience has to wait a while for a new season to come out. With Benedict Cumberbatch (Sherlock) and Martin Freeman (John Watson) as the main two characters, these two actors are involved with other projects that require them to leave the U.K. to film. Getting them in England for a few months together is a tough task. That is why it took nearly two years for Season 3 to come out and then another two years for Season 4 (besides the 2016 New Year’s special). It is uncertain if a Season 5 will come out due to scheduling conflicts between the two leading men.

Since we don’t live in the U.K., “Sherlock” comes on PBS/KEDT, just check with your television provider to see what channel KEDT is for you. Seasons 1-3, along with the New Year’s special, are on Netflix, Hulu and Amazon Prime; Season 4 will soon be available as well.

If you are looking for a show that has comedy, mystery, drama and no commercials, then “Sherlock” will have you hooked from the very first episode.