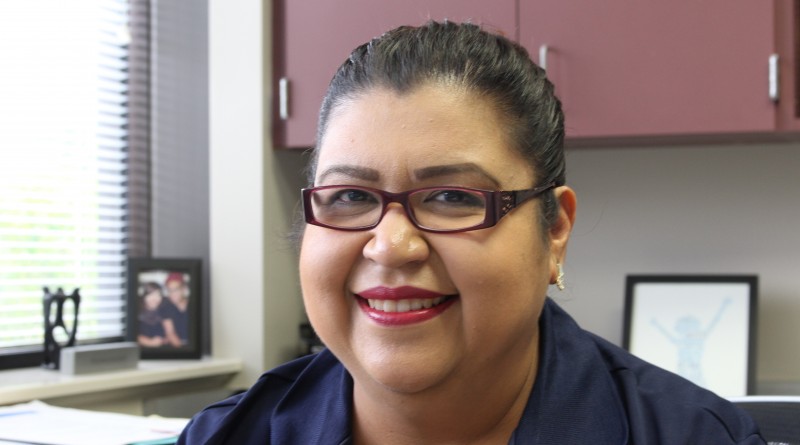 Helping others is usually reward enough for Brenda Garcia. However, the disability services provider was recently surprised to find out just how much of a difference she makes in others’ lives.

Garcia, who graduated from Del Mar College and has worked for the Disability Services Office for nine years, learned she will receive a national award from the Coalition of (Dis)Ability for her services at DMC.

“It’s important for these students to have the same opportunities that any other student has for a successful education,” Garcia told Del Mar College regents at their Jan. 24 meeting.

Garcia, nominated by her supervisor, had no idea that she was even up for an award.

“I don’t come to work anticipating anything other than helping students,” Garcia said.

Garcia said that when she opened the email announcing her award, she quickly closed it, not realizing what it was. When she opened it back up she was stunned.

Garcia said she takes great pride in her the work she does.

“It’s amazing to be here, the same place I went to school, helping our students,” she said.

While Garcia was modest and spoke more about the work she does, her supervisor, Dan Fischer, was full of kind words about the award winner.

“I received an email on a Wednesday and reading through the criteria, I thought, ‘That’s Brenda,’ and I sent off the nomination that Friday,” Fischer said. “We sort of forgot about it. Then Brenda got the email.”

Fischer knew Garcia was deserving of the award. In 2016 Garcia wound up as the only service provider for DMC and according to Fischer, not only did she step up to the plate, she knocked it out of the park.

Garcia was tasked not only with taking care of student accommodations, but she also trained two new service providers to work in the office. With all of this going on in their office the DSO hit record numbers for the 2016 school year.

“I don’t know what the numbers would have been without Brenda and I don’t want to,” Fischer said. “Our fear is that someone will find out how great she is try to steal her away.”

As for the future, Garcia and Fischer both have one goal in mind: growth. They want to keep reaching more students and earlier in their journeys through school.

“She deserves it,” Cantu said. “She does a lot for the students here. She’s really helpful.”

Cantu has been a student at DMC since 2013 and hesitated to think what would happen without Garcia and the DSO.

“If it weren’t for her help and that office I imagine school would be a lot more difficult for people like me, people with disabilities,” Cantu said.