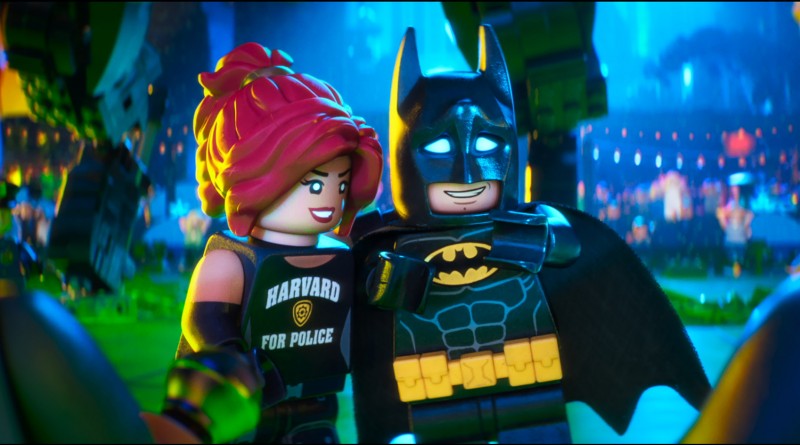 The Caped Crusader is back on the big screen, this time in LEGO form, in “The LEGO Batman Movie,” the spin-off to the successful “The LEGO Movie” back in 2014. The DC Comics films have been having trouble trying to compete with the Marvel Cinematic Universe, with examples including “Batman v Superman: Dawn of Justice” and “Suicide Squad.” Although this film has nothing to do with DC Extended Universe films, they could take some good notes on how to make their films fun yet serious at the same time.

Batman (Will Arnett) has always protected Gotham City from the forces of evil. But he has always gone at it alone, causing him to be distant with the idea of working alongside someone and developing relationships after the loss of his parents. After unknowingly adopting orphan Dick Grayson (Michael Cera), Batman takes him under his wing to become Robin. Batman must begin to slowly adjust to having someone by his side after many years of going at it alone. Also, Gotham appoints new Commissioner Barbara Gordon (Rosario Dawson), who plans to team up alongside Batman to bring down crime in Gotham, which adds more to the anxiety Batman has in working alongside someone.

While this is going on, Batman’s greatest foe, The Joker (Zack Galifianakis), wants to make the Caped Crusader realize that he is in fact his arch nemesis after being shut down by Batman and plans to make him see that Batman does need him.

The animation is spot on, mixing both stop motion with the LEGO figurines with standard CGI animation. It is clear that the filmmakers wanted to keep the quality of animation to a high standard after the success of “The LEGO Movie.”

The film’s opening starts off with a joke that kind of breaks the fourth wall in some respects. Arnett shines in this film as you can tell in his performance he loves the character and gives a great portrayal of the Caped Crusader that is high in the ranks. The dynamic between Batman and The Joker was well done, proving that every superhero has to have his or her own villain that always pushes them to their limits to stop them. This is also a great standalone Batman film that both kids and adults can enjoy.

Major fanatics of the Caped Crusader will be in for a treat as there are many references to past adventures from previous movies, television shows and comics. The film even takes a jab at Marvel with a scene involving a password that will make most people laugh. But it’s done in a comedic way and fits in with the character of Batman so it doesn’t come off as a straight-up attack.

“The LEGO Batman Movie” is one that nobody should miss out on and could be the best Batman film in the post-Christopher Nolan era. Go out and see this with your friends and family on the big screen as soon as possible.