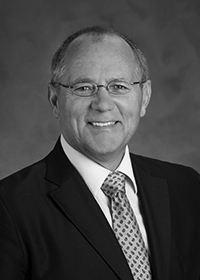 “Better late than never” may be the case most of the time, but when it comes to Corpus Christi politics, the wait may prove costly.

While some in Corpus Christi praised the media for its work in exposing the lies of the city’s newly elected mayor, Dan McQueen, some like Paul Gottemoller, a political science professor at Del Mar College, say the media should have done its job sooner.

“They waited until he was elected as mayor before they began to seriously look into his background. Now we are out of a mayor,” Gottemoller said.

McQueen stepped down after 37 days in charge after news reports exposed his lack of an engineering degree that he had originally claimed, as well as McQueen’s hiring of his possible significant other as a chief of staff, which may violate city ethics rules.

Not only is the city without a mayor, but now Corpus Christi taxpayers are looking at paying for a special election, expected to cost at least $100,000. Nueces County Clerk Kara Sands told KIII-TV News that the special election would cost such a large amount due to all the manpower and resources needed. While an exact price hasn’t been put on the special election, some like City Secretary Rebecca Huerta say the cost could be between $250,000 and $300,000. The special election will take place on May 6th and only feature the mayor’s race on the ballot.

Cari Casas, a Mexican-American studies major, said she hopes the experience will open some people’s eyes.

“Voting matters. I always hear people say that voting doesn’t matter, but it does and not voting has consequences,” Casas said.

Casas also went on to point out the parallels of a political leader fighting the media.

Political parallels aside, both Casas and Gottemoller agree that while voting matters, voting smart is more important.

“Do you research before you vote,” Gottemoller advised. “You don’t want to vote for a person who will resign in 37 days. That doesn’t help anyone.”