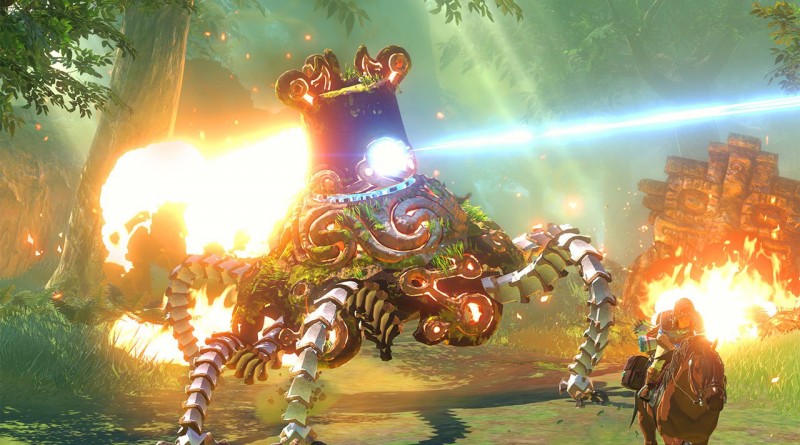 Many people spend their spring break hitting the beach or going to the bar to have a good time, while others may want to stay in and binge play video games. But with so many options, where to start? These are the games that are perfect to either play with your friends or solo.

EA and DICE’s latest installment in the Battlefield series has proven to be a smashing success with its World War I setting. With intense multiplayer battles, an interesting single-player campaign, beautiful graphics and new content coming into the series, this a game that you would want to get your friends and play online all night long.

After the misfire of the first entry, Respawn Entertainment and EA did a 180 and delivered a sequel that is more superior to the first. Gamers can enjoy the intriguing and entertaining single player campaign, which the first game was lacking, joining the fight of Titan pilot Jack Cooper and BT. The multiplayer has also been kicked up a notch with its seamless parkour, fast-paced gunplay, and piloting your own titan against enemies makes this a game you would not want to pass up.

For those who want a break from all the first person shooters out there, this game is the answer to all your wishes. You take control of Noctis, accompanied by his friends Gladiolus, Ignis and Prompto, as you travel across the huge open world of Eos. Besides the game’s story mode, each time you play it feels like you are on an adventure with your friends, making you want to do every side quest as possible. And with new story content coming, this a treat for fans of the series and newcomers alike.

The real-time strategy sequel to the successful “Halo Wars” back in 2009 has finally arrived. Alongside Creative Assembly, 343 Industries tells the story of the UNSC fighting a new enemy known as the Banished. Offering many unique multiplayer modes such as skirmish, stronghold and blitz mode, which combines elements from collectable card games, this sequel proves to be well worth the wait.

‘THE LEGEND OF ZELDA: BREATH OF THE WILD’ (Wii U, Nintendo Switch)

After many years of waiting, the 19th installment in the Zelda franchise has finally arrived. This entry tells the story of Link, who awakens after a 100-year slumber to defeat the Calamity Ganon. This entry has an open-world environment, voice acting, and gamers can play the game’s dungeons in any order they please. Just in time for the launch of Nintendo Switch, you can take this game on the go or enjoy it at home. No matter how you play it, this is a huge welcome for the Zelda series.

After a five-year hiatus, the Ghost Recon series returns, backing away from the futuristic setting that “Advanced Warfighter” introduced and returning to the setting similar to the original. Set in Bolivia in 2019, the Santa Blanca drug cartel has gained massive power, making the nation unstable. The United States Army dispatches “the Ghosts” to destroy the cartel and reveal the connection between them and the locals. With a massive large open-world setting the first in the series, and an intense four-player co-op mode, this a game worth checking out and getting with your friends to take out the cartel.