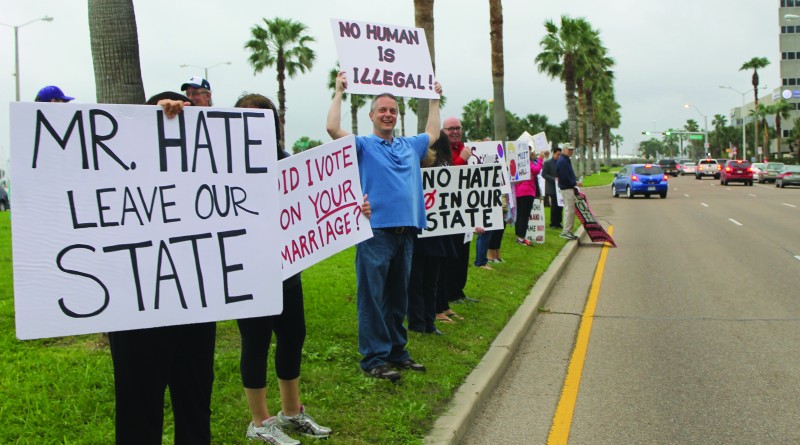 There were two events happening at the Holiday Inn Marina on March 9. Inside was a fundraising dinner, called the Lincoln-Reagan Dinner, which was supposed to feature Gov. Gregg Abbott (he was not able to attend the event because of bad weather, but did address the crowd over Skype). Outside was a protest geared toward Abbott and his recent support of Senate Bill 6, the so-called “bathroom bill,” and Senate Bill 4, which aims to ban sanctuary cities in Texas.

With around 300 guests in attendance, the majority of elected Republicans operating in Nueces County were at the dinner, along with donors. They also offered tickets for a $100 to the general public. 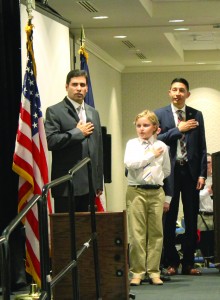 The protesters and the dinner guests both had strong feelings toward the current legislation in Texas. The dinner guests spoke about a large range of issues from the outreach programs and the economy.

County Commissioner Mike Pusley spoke about wanting to be prepared for upcoming legislation that will affect Nueces County, including SB2, which will affect how cities can use ad valorem taxation. Pusley stated that he was against the bill and that he would try to fight it however he could.

State Rep. Todd Hunter, who introduced Abbott’s live stream, spoke about a new bill he authored that will make violence against police a hate crime. Hunter also spoke about the need to fix higher and public education, saying, “Schools need to be funded properly so the next generation can go on and do great things.”

Outside the dinner, protesters were waving handmade signs geared toward the bathroom bill and immigration. Abel Zaragosa, a Del Mar student protesting the dinner, said he was against SB6 and SB4 and felt “the Republican Party has become a party that only works for themselves.” 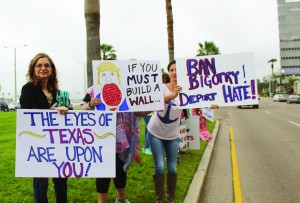 Another protester, Mattye Keeling, said “the Republican Party has become one of exclusion. They won’t try to compromise with anyone and when we try to talk to [U.S. Rep. Blake] Farenthold, he ignores us. How can we voice our opinions if we can’t even talk to our representatives.”

Inside the dinner, many agreed that the protesters had a right to voice their opinion, but there are more pressing issues to worry about.

Alan Guggenheim, a donor at the dinner, said “there are plenty of issues, but we need to deal with the streets and we need to manage our finances better.” 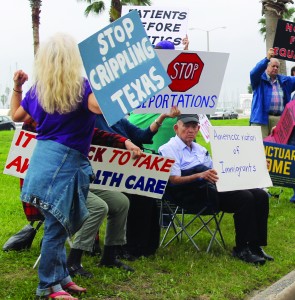 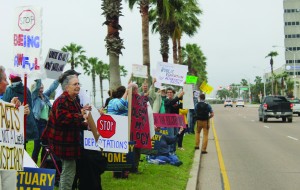