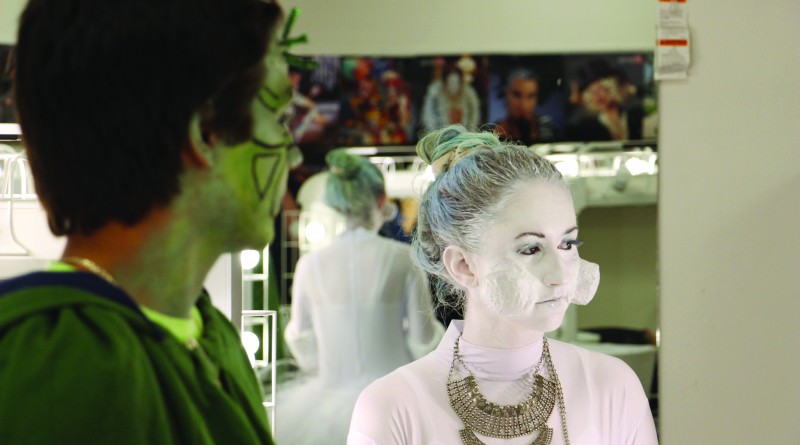 The Finely Theatre became the site of an alien invasion — if only briefly — as drama students transformed into fantasy characters for Project Del Mar’s “The Universe of The Funtastics.”

Now in its 11th year, drama students took the skills they gained throughout the semester to create a character from another planet.

“I’m feeling really proud,” said Mariah Massengill, who became Prisma Paradigm for the April 27 event. “I picked a really challenging design and I’m glad I was able to pull it off.”

Students had two weeks to start and complete their final project.

“Creativity is key,” said Shara Haghjoo, assistant drama professor. “I know I’ve done my job when a student turns around and tells me, ‘This class definitely made me think outside the box.’”

Haghjoo said it was good to see the class grow.

“I’m really proud of my students,” she said. “Now is when they totally understand what I meant on the first day of class.”