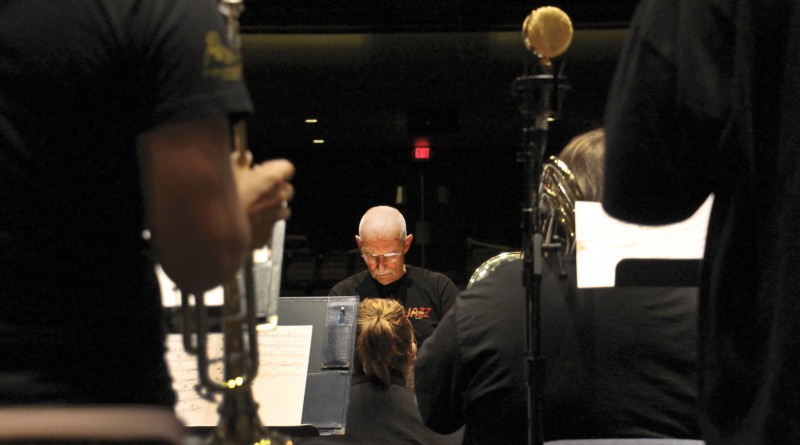 For Shaun Meredith, manager of Richardson Performance Hall, the past year has been a nonstop trek to restore an important piece of the community. But he managed to bring it together just in time for Jazz Band Director David Irving’s last big performance with Del Mar.

“I’m doing this without a staff,” Meredith said. “I haven’t had any staff since September of last year.”

Meredith estimates that the 67-year-old performance hall had about 400,000 gallons of water in it last May when it flooded. The venue has been closed since for repairs.

Meredith was setting up the room for Irving’s April 13 performance, Meredith said working with Irving for the past 15 years has been incredibly special to him and he wanted to return that feeling.

“I don’t like to say goodbye but retirement is part of life” Meredith said with a smile. “I’m trying to make this as special as possible for [Irving] and his family and his students.”

The performance hall unofficially reopened with a concert featuring musician Lou Marini. This was the fifth time Marini, who has performed on “Saturday Night Live” and in “Blues Brothers,” has joined Irving for a performance at the school. 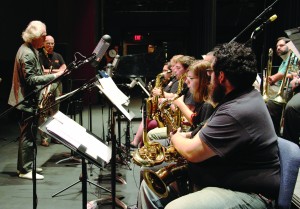 During a rehearsal the night before the performance, Irving introduced Marini to his students.

“He’s the only person I’ve asked back five times,” Irving said. “And there’s a reason for that.”

Marini regaled students with a story about when he was a young musician and thanked Irving for having him back.

“It’s great to be back here,” Marini said. “We always have a good time. Let’s get started.” 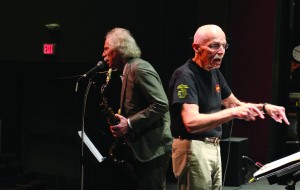 Richardson is now in the final phase of construction, some of which includes placing three draining stations, retaining walls and vents under the building. Lots of details remain for Meredith as he works to get the hall finished, and even the house piano is still out for repairs.

Meredith said that for the most part the process has gone smoothly, but he faced permit delays with the city in the beginning.

Meredith has turned down almost all the requests to use Richardson, but when it came to Irving, he just couldn’t say no.

As far as how much is left to be done in the hall, “I’m just thrilled to have this much of a start,” Irving said.

Irving was excited about one more chance to perform at Richardson.

“It means everything,” Irving said. “I’m really grateful to Shaun. This is the best place to play, anywhere.” 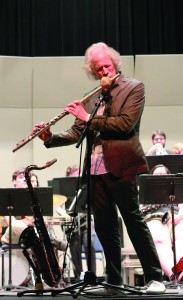