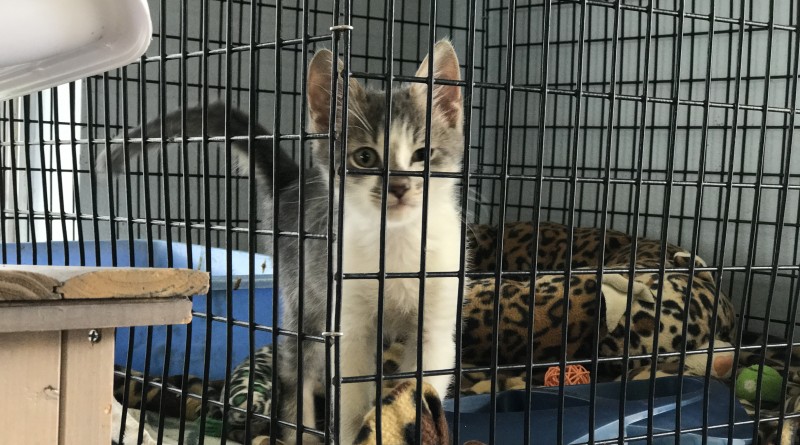 Residents of Corpus Christi weren’t the only ones fleeing the city, but furry animals, too.

The Cattery evacuated 124 cats to North Texas to secure their safety. The evacuation was accomplished by dedicated staff members and volunteers.

Scott Person, co-founder and president of the board of The Cattery Cat Shelter/Cattery Spay/Neuter Clinic, drove the cats off of Corpus Christi soil, along with Samantha Person, executive director of The Cattery.

“Our responsibility for the lives of the cats in our care dictated that we evacuate them from the danger posed by the storm,” Person said. “Additionally, we were concerned that even if the shelter did not suffer severe damage, the lack of power and other infrastructure over an extended period of time would compromise our ability to provide care for the cats.”

They initiated the cat evacuation to north Dallas and the SPCA of Texas shelters in Dallas and McKinney. Eventually, they turned over the care of the evacuated cats to the SPCA of Texas, so when returning they could provide shelter for the community cats in need.

The shelter received minimum damaged and offered free boarding to residents who were seeking a safe house for cats after the storm.

Homeless cats are being brought in, too. After the storm most animals left on the streets are loose animals from pet owners, according to Captain William Broyles of the Corpus Christi Police Department.

Broyles recommended when evacuating and facing no shelter for animals to leave them with family members or boarding shelters as options. Leaving them inside will frighten them, as well as leaving them outside, which could potentially lead to them breaking loose during a storm.

The Cattery is working with families who might need longer shelter for their cats.

“We will do everything we can to make sure that the responsibility of taking care of a cat doesn’t cause any additional stress to as many families as we can,” Person said.

Donations for the cats are always available for the public, since the organization provides services free or below the cost of services. As Harvey has died away from the Coastal Bend, The Cattery is accepting Hurricane Harvey donations for boarding cats in need.

For nearly 10 years, the Cattery has promoted the value of animals, dedicated to providing for cats.

“The need is so large that we can’t fix or solve every single situation. However, we do all that we can for as many as we can,” Person said. “But it’s not outside of the realm of the work that we’ve been engaged in for 10 years.”