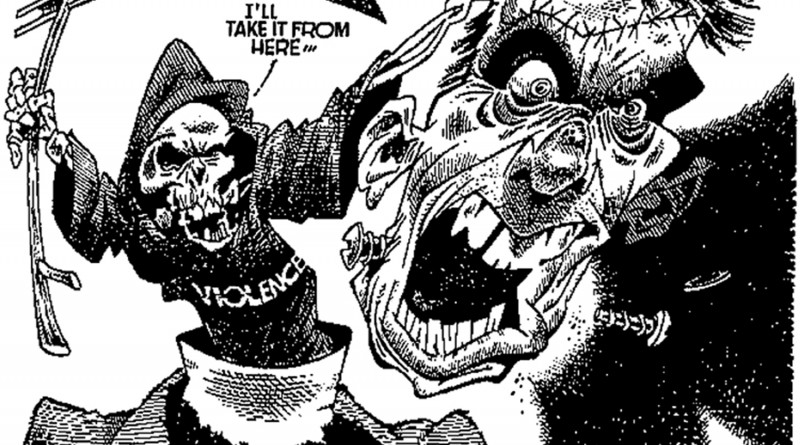 With hate groups becoming more bold and holding more public demonstrations, the question that so many national news outlets have published op-eds about is whether hate speech is free speech, and the answer is yes, it is.

The demonstrations in Charlottesville, Virginia, in which a protester was killed, have begun national debates about free speech and its role in hate speech. While the idea that banning hate speech sounds like it would make the world a better and nicer place, the logistics are murky and objective.

Nonetheless, when you begin to police people’s ideas and opinions, totalitarianism and dictatorships begin to rise. Journalists who criticize Russian leader Vladimir Putin often end up dead, and in North Korea, the media is completely controlled by the government. While Trump isn’t at that level, he constantly attacks the media as “fake news” and has even launched his own news network.

The demonstrations in Virginia will not be the last. A white nationalist rally was planned for Texas A&M University-College Station next month, and while the campus shut it down, they will likely try to have another one.

College campuses are the starting point for many quality people in America to start. College is also a place for people to learn more about the world and themselves. By restricting people from holding demonstrations, they don’t learn the truth about the state of things in America. These demonstrations may become violent and gain national attention for the wrong reasons, but they nonetheless let students gain valuable experience.

We aren’t saying these demonstrations should not be allowed to happen. While we do not condone racism or hate, we entirely condone a person’s right to free speech.

As the press it is not our job to decide whether an event should happen or not, we simply exist as the medium in which to convey the knowledge of the event and what took place. It is not the press’ job to tell people how to feel about something, but instead to display the facts in an unbiased manner and let the people decide.

More events like these will happen, and that’s OK. If you don’t want these events to become well known and receive mass media coverage or gain more publicity then don’t attend the event. Stay home or focus on a cause that you believe matters. The more attention hate groups receive means they will receive more legitimacy and grow strong. So just ignore them.