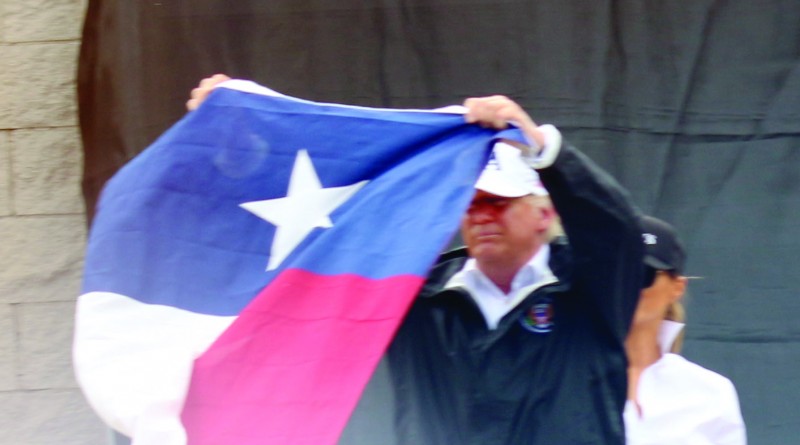 President Donald Trump, along with several other high-ranking officials and first lady Melania Trump, visited Corpus Christi to talk with some of the first responders at the Annaville Fire Department in the aftermath of Hurricane Harvey.

Gov. Greg Abbott, senators, representatives and Housing and Urban Development Secretary Ben Carson discussed what else can the government do to help the people who were affected by the storm at the Aug. 29 gathering.

While hundreds of Trump s 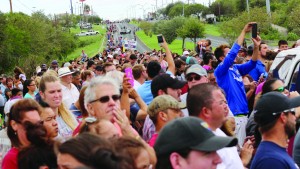 upporters lining the side of the road holding up signs and American flags, others came for a different reason. Families of the first responders who are working to rescue people in affected towns came to see the president.

“My son Benjamin works at the Annaville Fire Department. He is currently out in Rockport rescuing and helping people,” said Irene Carrizales. Rockport took a direct hit from the Category 4 storm.

While there were some protesters on hand, everyone was peaceful.

“Everyone has their own views. I agree (Trump) has his own views but it doesn’t mean I agree with all of them,” said protester Beck Flores.

Corpus Christi Mayor Joe McComb summed up the mood of the day.

“We are here to stay and here for the long run,” he told the crowd.