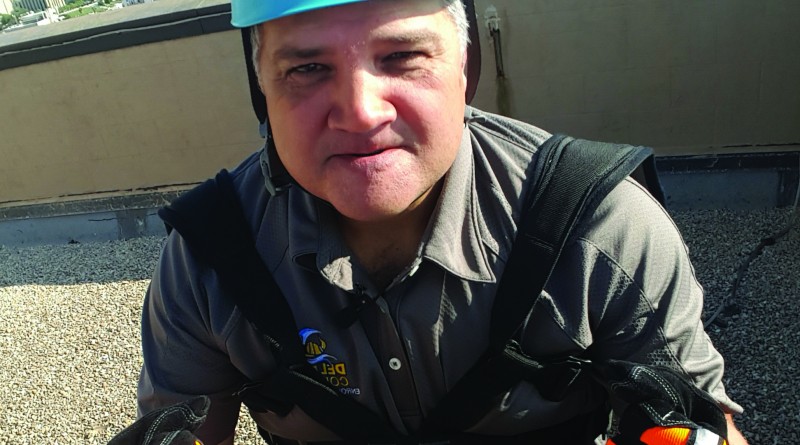 After flying thousands of feet in the air with the Blue Angels, rappelling down a 20-story building doesn’t seem to bother Mark Escamilla.

Escamilla, the president and CEO of Del Mar College, is set to rappel down the Holiday Inn Downtown Marina if he can raise $10,000 for student scholarships. Escamilla and other Del Mar College Foundation members must reach their goal amount before scaling down the building, which is set for Oct. 20-21.

“I see it as a goal for myself and I really want to hit it,” Escamilla said. “I’m competitive for the college.”

Thirty other sponsors and Del Mar faculty will be rappelling down the building as well. Mary McQueen, executive director of the Del Mar College Foundation, is one of those 30 people.

“I’m not particularly fond of heights but I am an adrenaline junkie,” McQueen said.

According to McQueen, the foundation has never done an event like this and it will bring awareness and interest to the college.

McQueen also said the funds raised will go to student scholarships in an effort to respond to the community’s needs.

“Seeing that someone is willing to help out and pay for college just so you can have a better life is nice,” Dodd said.

Students have the opportunity to participate by nominating a willing professor to send Over The Edge after raising $1,000. There are 15 open spots for faculty, staff and student nominations. No climbing or rappelling experience is necessary. A donation page can be set up so family and friends can help raise money for the participant to go Over The Edge. To participate in the event, donate to a participant or to nominate someone go to delmar.ejoinme.org/otecctx.