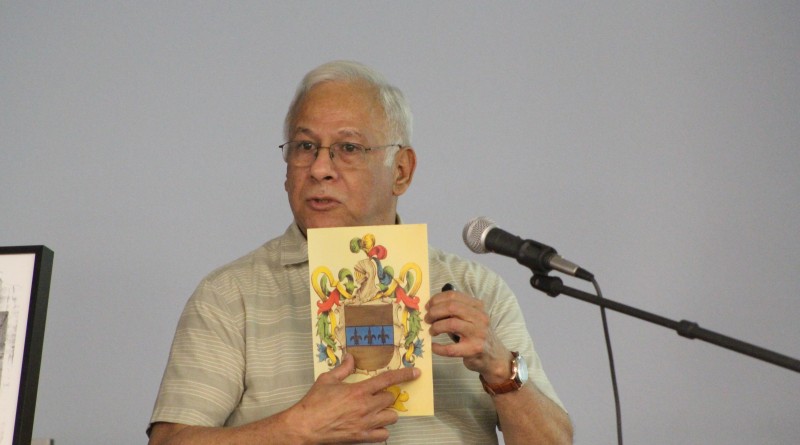 The history of South Texas is rich and far reaching. Professor Renato Ramirez made this much and more apparent at a recent genealogy lecture.

Genealogy is the study of a family pedigree or account of the origin of one’s own family. This display was made possible because of Ramirez’s hard work and effort and his own personal connection to the history. The major contributor to this historical research is based on the work of Dr. Cleotilde P. Garcia. She produced a work called “Padre Jose Nicolas Balli and Padre Island,” which details the founding of Padre Island and the influence of the Balli family.

The Padre Island National Seashore was established in 1962. Balli was immensely influential, producing over 60 books and various native languages. The history of the South Texas region dates all the way back to the Middle Ages.

Ramirez displayed the coats of arms the Army men would wear on the battlefield and told of his own personal family coat of arms and its place in the genealogical tree history of South Texas.

“I enjoyed the presentation. I’m Hispanic myself and I didn’t know how rich our culture was. I was thoroughly impressed,” said biology major Andres Perez.

Each family has a rich history and heritage. If you ignore your history “you’re losing out on the rich history that has come before you,” Ramirez said.

The interest does run deep.