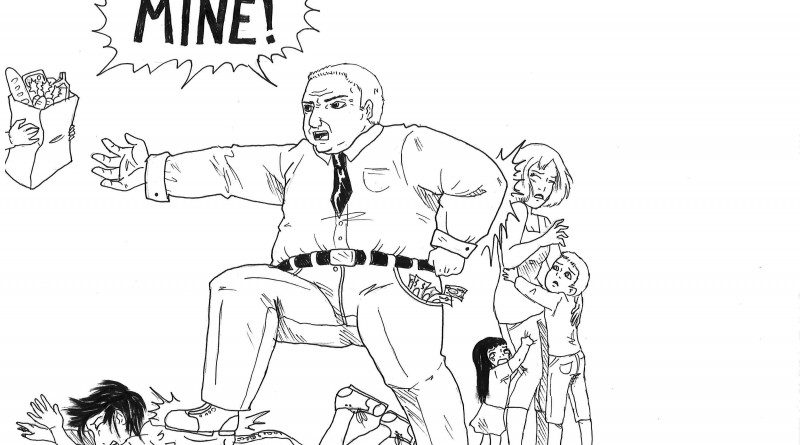 Not only is it wrong for people to collect on goods and services intended for disaster victims, it’s also wrong when someone knows this is happening and does nothing about it.

Millions of Americans found themselves in the paths of three of the biggest storms in our country’s history and are now attempting to pick up the tattered pieces and move forward. There also are several states facing massive fires that have declared states of emergency.

When disasters happen and a state of emergency is declared, the Federal Emergency Management Agency heads into the affected area (once it is safe) and begins the process of helping people apply for aid.

Other notable agencies that almost always show up are the Red Cross and the Salvation Army.

All of these agencies (and more) are spread around the country and the U.S. territories doing their best to help those affected.

Inevitably when someone shows up with the promise of potential monetary help, people who don’t actually need any assistance will show up.

These agencies do their best to crack down on fraud, which is why there are so many hoops to jump through before any aid is actually received.

Some will always slip through the cracks.

The state of Texas began offering disaster assistance through the Supplemental Nutritional Assistance Program (commonly known as SNAP or food stamps) about a month after the storm hit.

Thousands of people lined up at local Health and Human Services offices around the Coastal Bend to sign up for this program.

Because of the time crunch and the amount of people applying for the services, there was only one short form to be filled out and a short interview to determine eligibility.

There were no double checks on income, no asking to see receipts for the money people said they spent during the evacuation and after the storm.

The line for D-SNAP here in Corpus stretched around the American Bank Center and down the road. There were stories of people waiting full days only to get turned away when it was closing time.

There were also stories of people taking advantage of the simplicity of the process set in place.

Many of us heard tales of people who make a lot of money and were minimally impacted by the storm lining up and receiving hundreds of dollars’ worth of food stamps.

How many of us did something about it?

When you hear someone talking about all the money they got and going out to buy new TVs, you should be upset. You should say something. It’s your duty to speak up.

Millions of people are homeless and have lost everything they own. There are children without food and clothes.

Any person who fraudulently accepts services intended for others deserves to go to jail.

This behavior is as deplorable as looting and it’s our job as a community to report it when we have firsthand knowledge of these actions.