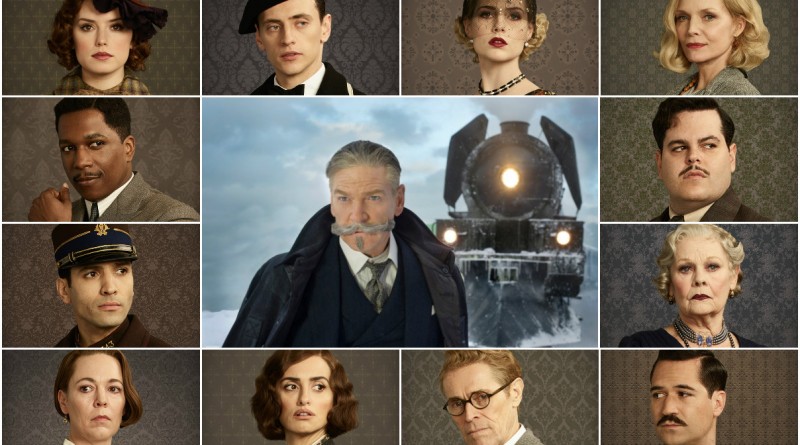 Murder and sins from the past come back to haunt the passengers in “Murder on the Orient Express.”

Murder and drama are here in this mysterious film and it will leave you guessing from frame to frame. A famous Belgian detective, Hercule Poirot, played by Kenneth Branagh, must solve a murder on the Orient Express set in 1934.

Poirot is almost a divine detective with his abilities and his amazing prowess to solve the most difficult cases. The murder target on the Express is Samuel Ratchett, played by Johnny Depp. He is a shrewd American businessman.

A plentiful amount of evidence is found in the case pointing toward a lone shooter, including a bloody handkerchief with an H on it. Evidence is planted in Poirot’s cabin because the killer is physiological toying with him.

The film itself is a suspenseful piece of work. Poirot discovers that everyone aboard the Express is lying to him.

For example, Gerhard Hardman, played spectacularly by Willem Dafoe, is revealed to be a phony doctor.

Everyone aboard the train has something to gain in the murder of Ratchett.

Years ago there was a murder that shook the prominent Armstrong family and the effects of this event are felt aboard the train. Poirot discovers every person on the Express is connected to the family, even Samuel Ratchett.

The murder of the Armstrong daughter caused her father, Colonel Armstrong, to commit suicide.

The ending of the film is one filled with humility as Detective Poirot realizes his imperfections as a human being and that justice is now never black and white.

There are a great many positives to the film, including a star-studded cast and a great twist.

Mercy, forgiveness and violence greatly abound in the film, and each character’s flaws are highlighted rightly. Lessons in the film are clear. The setting really fits into the film with the dead of winter. People are just trying to exist and in some instances will bend the truth to fit their needs.

The final overarching lesson in “Murder on the Orient Express” is that the law of man is not enough and there will always be an imbalance in the world and in seeking justice.