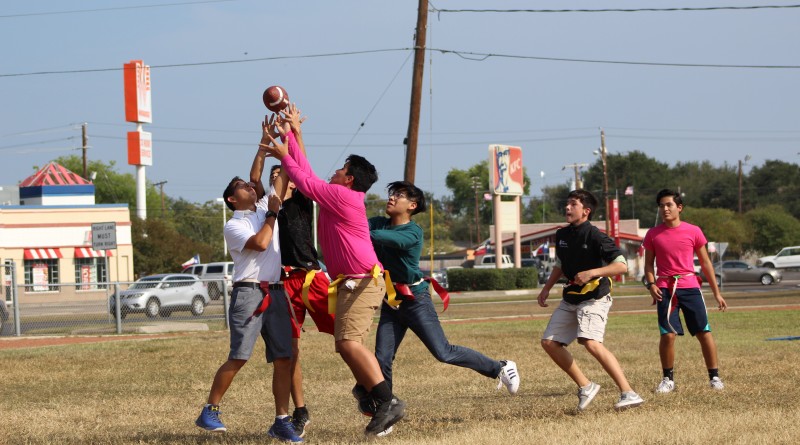 The seniors’ reign in flag football is over.

The Collegiate seniors played flag football the week of Oct. 30 for one of the last times this year.

Brian Martinez, a senior who plays football every time it is offered, had this to say about the game, said his team played well as a unit.

“It was really fun. We were all good teammates and we work as a team,” he said.

The rival between all of the classes is an ongoing thing. This is especially true between seniors and juniors.

The tournaments that were played were in twos. They were hosted in the field next to the tennis court.

The players had to go through harsh weather conditions such as rain and humidity.

They never let that phase them though, and they all said they would actually prefer it to be like that because it adds a little more fun to the game.

The first two games the seniors won by two touchdowns and continued to be undefeated.

“I believe that both teams performed well, but the seniors definitely did better. The game was very short but it was very enjoyable to watch. It’s nice that they would go out of their way to compete in a football game even though Collegiate isn’t known for their sports,” Cordova said.

It was not until the championship game that everything was taken away from them.

Seniors at Collegiate are allowed to have jobs and internships and as a result are able to get out early.

Unfortunately, because of the schedule change most of the senior players were not able to participate since they had these responsibilities.

The seniors were then forced to forfeit the game and have now gained a loss.

Roger Marin, the quarterback and captain of the team, had to make the decision.

“I really enjoyed being undefeated and playing. It is sad that I had to make the call but I had no other option. It is bittersweet because due to that we were able to finally give another class a win in the championship,” Marin said.

One thought on “Hold on to your balls, sports fans”