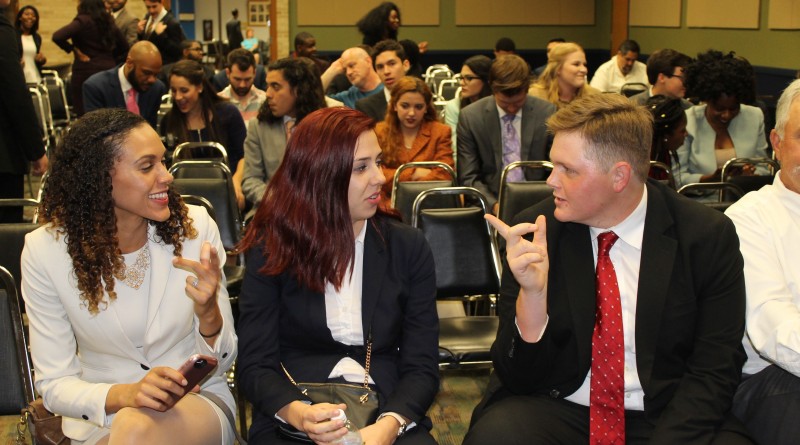 Looking back at the Texas Intercollegiate Forensics Association tournament, every day was different in its own special way — and incredibly intense.

First off, I volunteered to do an event on Nov. 1 that would last me all day Nov. 3, one I knew nothing about. I did this because my debate partner’s teammate had to cancel at the last minute. This event was NPDA, or team debate. I felt terrible virtually the whole day. I will not lie and say I kept it together; there was more than one time I wanted to cry and did.

It wasn’t because I was scared of what my coaches would say as we lost rounds, though. Sarah Contreras and Mendy Meurer, our coaches and the hosts, are beyond supportive with tournaments and believe we only get better with each one.

I was sad because I have perfectionist level standards for myself. One of my teammates, Natasha Perez, knowing me as a prose competitor, gave me great praise for putting myself out there despite not knowing what I was doing.

Nov. 4, a Saturday, would come as a great surprise because I advanced in two events at the novice level: prose and impromptu, a new event I took up. Perez snuck away to tell me about it and I could not have been more surprised. I had told her before that I didn’t think I would advance. She cheered and hugged me, congratulating me because this meant I would get two awards that night. I wasn’t crazy about it but, rather, I was stunned. All I could do was nod my head.

At competitions like this you see all sorts of competitors. Some have done this less than me; others have done this for three or four years, and it shows.

“Even the small things like the way they hold their binders and turn pages makes all the difference which puts them into finals,” Perez told me.

When I went to awards on the night of Nov. 4 as they called for novice prose and then impromptu I was not surprised to get fourth place out of both. I was surprised with how far I had come to get two little trophies. It greatly contrasted with the previous day, where I didn’t know anything I was doing. On Nov. 5 I didn’t win but I had a great deal of fun with people I had just met.

Contreras, our coach, told us at the end of the tournament that she was proud because four of us won awards and the team got a trophy. At TIFA we were pushed our limits, novice or not, and we loved it.

I learned about myself and met all sorts of people I get to see at the next tournament, in Houston, in a few weeks. At the end of it all I feel drained and want nothing more than to sleep. Although, I also want to rehearse to get a bigger trophy that will match the other two.