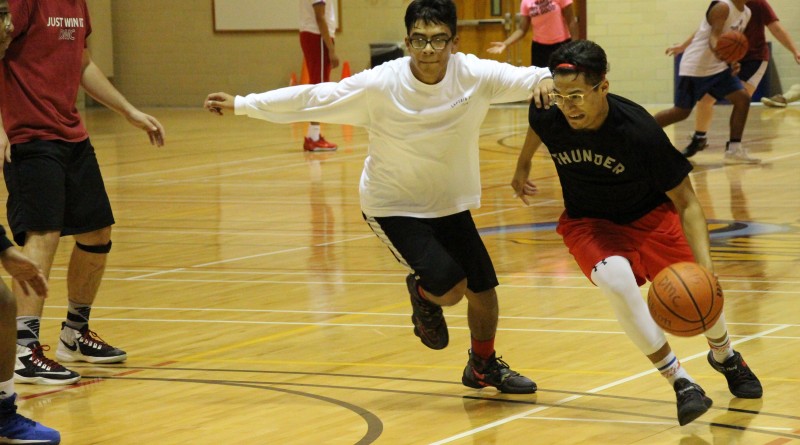 Joe Moreno covers Jonmichael Garza as he dribbles down the court during a 3-on-3 basketball game.

Several teams competed throughout the week of Nov. 13 to be able to show off their skills when it came to the championship flag football tournament.

There were about four teams that played against one another all week to battle it out before the big game. Usually it was two teams made up of Collegiate students and two teams made up of Del Mar students. Oftentimes, they would work together to fully engage in the rivalry.

In the end, the team K.P.R. won it all and keeps up their legacy at Del Mar College intramurals. They have won many sports and have now successfully added flag football to the list.

The 3-on-3 basketball tournament kicked off with eight teams competing the first day. The final four teams were Triple B, S.O.G., Most Hated and Lit. The final round of the tournament saw Most Hated triumph over S.O.G. to take the championship.