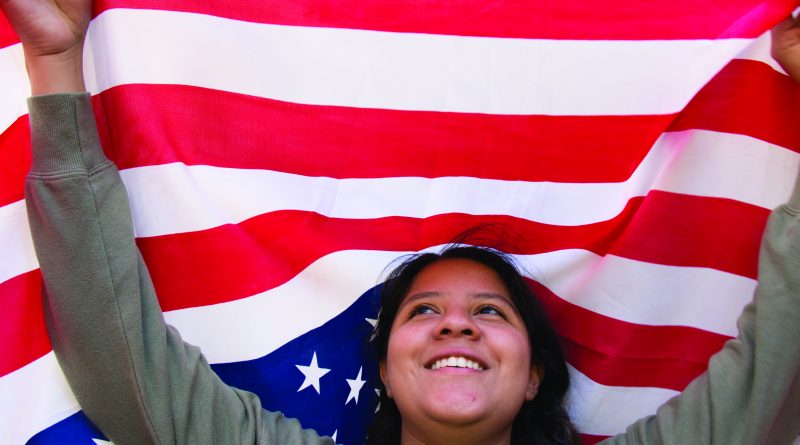 Voter turnout, activism on the rise with students all across the globe

“Youthquake,” a term first coined in 1965 by a Vogue editor-in-chief, was named Oxford Dictionaries’ 2017 Word of the Year.

The dictionary defines the term as “a significant cultural, political, or social change arising from the actions or influence of young people.”

Imelda Gallegos, a student at Collegiate High School, was taken away by the word of choice this year.

“The word describes perfectly how young people today are reshaping the world. Our time is really now,” Gallegos said.

According to Oxford editors, the term saw a fivefold increase in usage in 2017 compared with 2016, with the word growing significantly in June during the United Kingdom’s general election, when it highlighted an intensity of young people’s engagement in politics during elections.

In April of 2016, UK Prime Minister and Leader of the Conservative Party Theresa May called a snap-election, causing seven weeks of high campaigning. Though the Labour Party, a center-left political party in the UK, lost seats in the June election, it drew the biggest rise of young voters to the polls in 25 years.

The youth in New Zealand felt the same way in its general elections in September, where voter turnout among youths took a rise.

Past Vogue editor-in-chief Diana Vreeland brought the word to life in the 1960s to characterize the culture of youth involving fashion, music and the rejection of traditional norms.

After Oxford Dictionaries claimed 2017 as a “difficult and divisive year,” according to BBC, the word was a right fit.

More specifically in the United States, the term describes the current status of the youths seeking political, social and economic change in society.

This is one of the many examples of youths taking part in society, whether that be voicing concerns for gun reform, education or income inequality.

“The youth of today are more mature and I feel like they have more of a voice than they did when I was their age, and I say that because of everything that’s going on right now with gun control and walkouts,” Alcala said. “They are going to make a difference and I applaud them for that.”