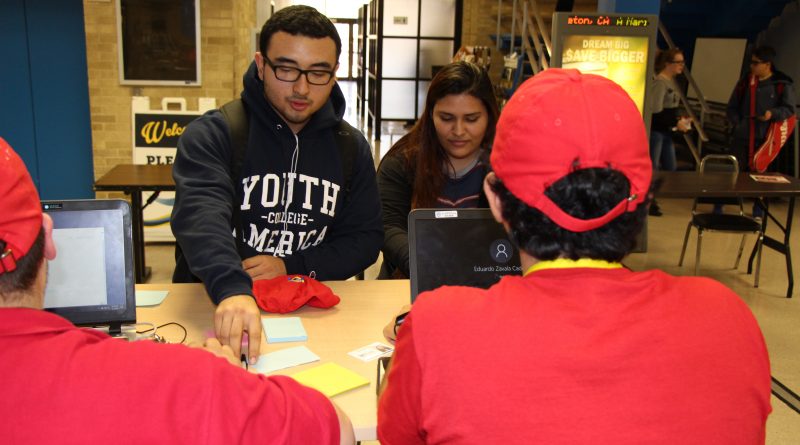 Del Mar passwords need to be changed every 120 days

Students may have experienced complications with their account passwords after Del Mar’s password system, Viking Key, was implemented last summer, but according to school officials, such problems are now becoming an issue of the past.

Denise Simpson, interim director of programing and operations, said students were forgetting to check their DMC emails, which included a reminder to change their current passwords every 120 days. In addition, students were also failing to remember the complex password Viking Key requires, which includes both upper- and lowercase letters, numbers and symbols.

After three incorrect password attempts, students were then “locked out” of their accounts to protect the safety of the student and school, which can only be fixed by help desk personnel.

According to the Student Help Desk, another problem they frequently came across was students not enrolling in the Viking Key system before trying to change their password. This led to students getting an error message saying they were not “enrolled,” which most students took as not being enrolled at Del Mar, which was not the case.

“In order to alleviate the problem, faculty have been asking students to change their password at the beginning of the term,” Simpson said. “Information Technology also began the Student Help Desk, Viking TecHelp, to further assist students with password changes or any other issues they may be having.”

Students who were locked out of their accounts and needed immediate access to WebDMC and Canvas were given default passwords from the Help Desk so they could quickly unlock their account and create their own unique password through Viking Key.

“The purpose of assigning the default passwords was to enable students to easily remember their passwords so they can change it themselves on Viking Key,” said computer Help Desk specialist Gilbert Longoria.

Although the passwords made through Viking Key expire every 120 days, the Help Desk recommends students change it within a day of it being administered for security reasons. Students are notified by email seven days before their password expires.

“As students have become more savvy with the password change process, problems have diminished,” Simpson said. “Between emails, phone calls and phone messages, the Help Desk was able to assist most students with password problems.

Del Mar student Hershel Mibb said after being locked out of his account one morning, he went straight to the Student Help Desk.

“They sat down with me and explained what I had to do step by step and were able to fix my account in a timely manner,” Mibb said.

Now that most students have been helped, Longoria said the line of students coming to see him regarding passwords has died down significantly.