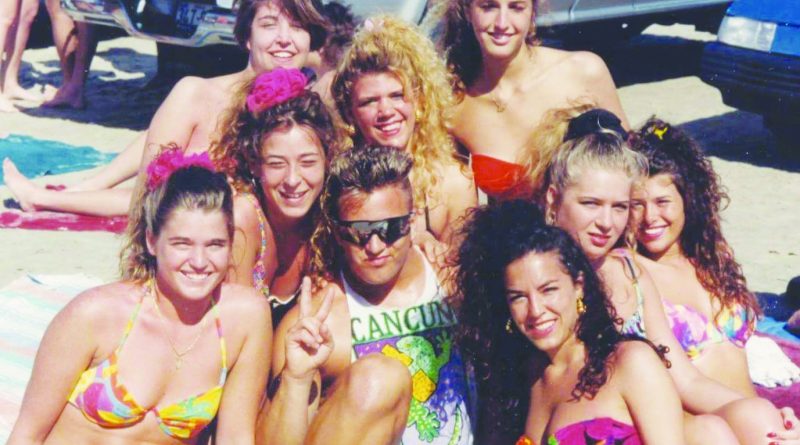 Padre Island is one of the most popular spring break destinations in the world, with thousands heading there for a week of partying on the beach and thinking about anything but school.

To understand the appeal of spring break on Padre Island, you have to go all the way back to the 1930s, when a group of students from upstate New York traveled to Fort Lauderdale, Florida. The town remained the premiere party destination, seeing thousands for years, until the ’80s, when residents decided to start pushing out partiers through ordinances aimed at keeping the partying from happening. The partiers then spread out across the world, with Padre Island being one of those destinations.

Soon, more and more people began hitting the beaches up and down Padre Island for a lone week during March, and before long so did Gabriel.

“Corpus was the place to be during spring break,” Gabriel said of the late 1980s. “I remember being in high school and looking forward to heading down from San Antonio. Me and my friends would scrape up some change and head down to have a wild time. We hardly had enough money for a hotel, so we would usually end up crashing on someone’s couch after a party.”

Gabriel said that even in those days, spring break was always wild and interesting. He recalled a time when he and his friends got kicked out of a “roach motel” after they were being too loud.

“One of our friends ended up falling off the roof of the motel and just shattering his arm,” Gabriel said. “We all had to put our money together and take him to the hospital.”

After his high school partying days, Gabriel began stand-up comedy for a couple years, before getting a job at a radio station in San Antonio as a host. After the station shut down, he ended up at C101 in 1992.

Gabriel would soon end up on the beaches of Padre Island for a hectic week of work.

“Back when I started, spring break was very different,” Gabriel said of the atmosphere at the beach. “After getting off the air, we’d go to beach with the van and the radio equipment and blast music as loud as we could all over the beach. Sometimes we’d be there for four or five hours and be all roasty-toasty.”

Gabriel said that after spending the day on the beach, he would usually go out later that night for nightclubs that were sponsors before waking up at 4 a.m. to start all over again. Nowadays, the spring break schedule isn’t too different, but the atmosphere is.

“Spring break in the days before social media was something else,” Gabriel said. “People went to the beach just to socialize and meet other people. They were hungry to meet new people, but now you already know what everyone is going to wear to the beach before you get to the beach.”

“Crazy things will always happen during spring break,” Gabriel said, “My only advice is to not get pregnant and not go home with any diseases.”

But while Gabriel says things have changed, he still looks forward to spring break. After Hurricane Harvey, Gabriel had to spend $16,000 to fix his roof.

“All I’m going to do this spring break is work and work. Me and my girlfriend had to postpone a trip to Vegas because of the roof, but at the end of March we are going,” Gabriel said.

“No matter what I’ll have fun,” Gabriel said. ”One of the best things about this job and one of the reasons I think I’ve done it so long is that I’m having fun, being creative and that I never had to grow up.”

2 thoughts on “Rex Gabriel is a spring break expert”