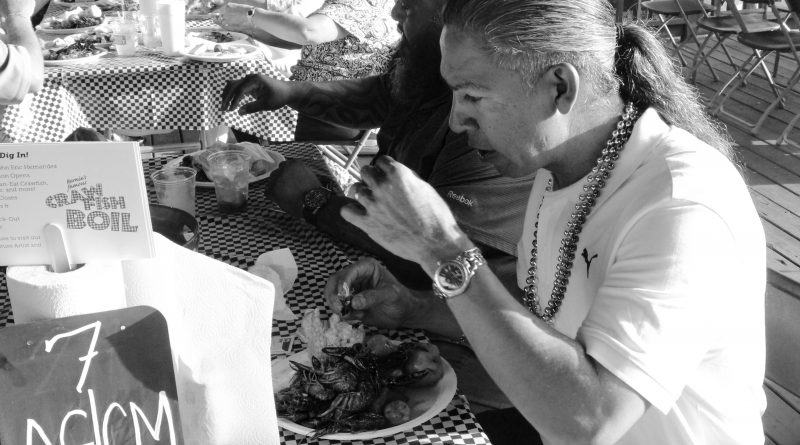 Bernie Paulson founded the crawfish boil 10 years ago as a member on the DMC Foundation board. Paulson has long history of philanthropy with the Driscoll Children’s Hospital’s Fiesta de los Niño’s event, which he started 26 years ago.

Local musician John Eric Hernandez performed at the event for about 450 people who attended. The boil returned with its recurring menu, which included all-you-can-eat crawfish, shrimp sausage and veggies. The event also included a free photo booth, caricature artist and face painting. A silent auction included an original pastel painting by local artist Deborah Males, which was valued at $2,100.

Paulson hopes the event will grow beyond its current space.

“I’d like to see it eventually on one of the campuses, a place where they have a big enough area. maybe the new south campus will have one,” Paulson said.