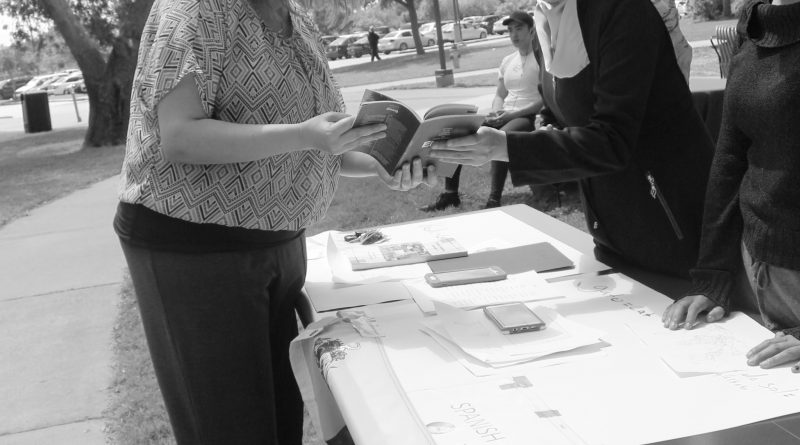 Participants at the April 11 event started by learning how to pronounce words and short sentences in Korean, French, Japanese, Spanish and many other languages.

There were multiple booths set up with lists of common words and phrases and other items that were significant to the country that they were speaking about.

In doing this students not only learned about the language but also about the country.

“I am not allowed to carry my Bible or talk about my religion in public in Vietnam,” said guest speaker Ha Tran.

The event was free and open to everyone interested and students who just happened to find themselves at the right place at the right time.

“It’s neat to have this experience to learn new words,” said John Lucio, a social work student at DMC. “We should have more classes and clubs to teach other languages instead of just for Spanish.”