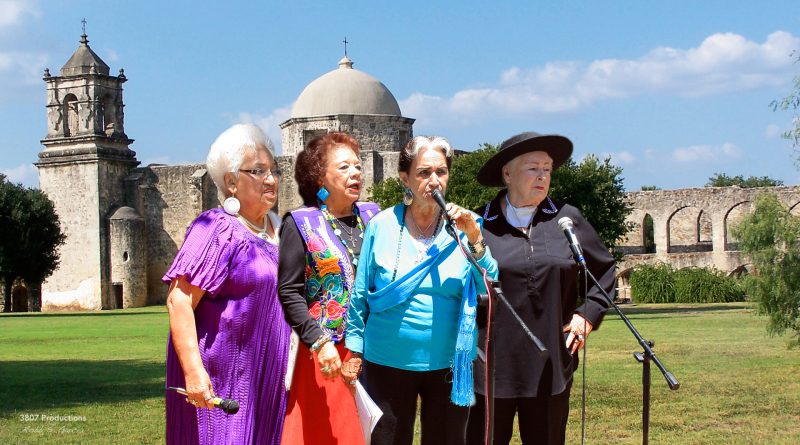 Del Mar College shared the story of four women and their struggle to make it in the male-dominated mariachi industry for Women’s History Month.

The March 28 of the award winning documentary “Las Tesoros de San Antonio: A Westside Story” took place in the White Library and was followed by a Q&A with the director Jorge Sandoval and editor/producer Robb Garcia.

“The project was a beautiful and inspiring experience,” Sandoval said of the seven years he spent making the film.

The film, which follows the lives of four mariachi women making their mark in history in the 1940-70s, started in 2009 and debuted in February 2016 at the 39th annual CineFestival.

“My intention is to take it to as many schools as possible,” Sandoval said. “These women are trailblazers.”

Garcia explained how through his editing process, the bond with these four women was strengthened.

“I was asked to be on this team later in the process,” Garcia said. “There were over 1,000 archives to go through and it took over a year and a half to edit.”

These four women had remarkable stories of how they entered the mariachi industry. Their ambition was amazing but life had different plans for all of them.

Their dreams became dismissed by events beyond their control.

After Garcia and Sandoval explored their stories and realized their dreams were yet to be fulfilled, a two-hour concert was put together in San Antonio to showcase the talents of all four women.

“The message of the film is that there are both rewards and sacrifices associated with pursuing our talents and goals,” said Elizabeth Flores, professor and Mexican-American Studies program coordinator.

Sandoval shared a message with the women in the room.

“You can do anything. It’s possible. It’s empowering for everybody,” he said. “We need more women in power.”