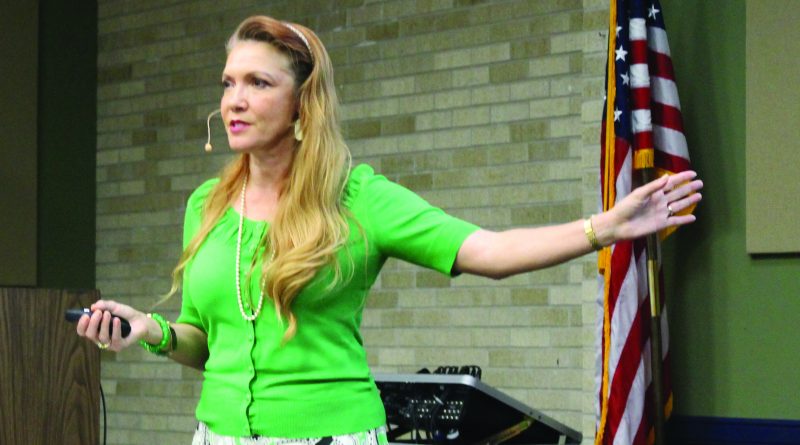 The event was a part of National Crime Victims’ Rights Week

The chairwoman of the Coastal Bend Coalition Against Modern Day Slavery says that although the statistics paint a grim picture, the tide is turning in the battle against human trafficking.

“If you have watched the news in the past couple of years, you would have noticed a lot of human trafficking cases just in our area,” Sizemore said. “One of the premises behind the coalition is for everyone to come to the table, get informed, and get educated about human trafficking.”

The human trafficking industry costs Texas $6.6 billion a year and has 313,000 victims in the state, 79,000 of which are minors. Globally, the multibillion-dollar industry has over 20 million victims which includes men, women and children, making human trafficking the third largest criminal activity in the world.

Sizemore said females with low self-esteem who have a history of abuse and live in high crime areas are often targeted. Sizemore stressed that anyone can be a buyer or seller of human trafficking, including peers, friends and even family.

Although the statistics make it seem like the future of human trafficking is grim, there is one important thing to know — change is happening.

“We have good people in this state that are fighting in this fight,” Sizemore said. “Things are getting done, action is being taken. Don’t think that you can’t make a difference.”

President Donald Trump also signed a bill into law this month that makes it easier for people to take legal action against websites like Backpage.

“You could have a victim of human trafficking in your classroom and not know it or you could be friends with someone and not know it,” Ferezan said. “But I’ve learned that we have come along way, people are getting involved.”

For more information about the Coastal Bend Coalition Against Modern Day Slavery, visit their Facebook page.