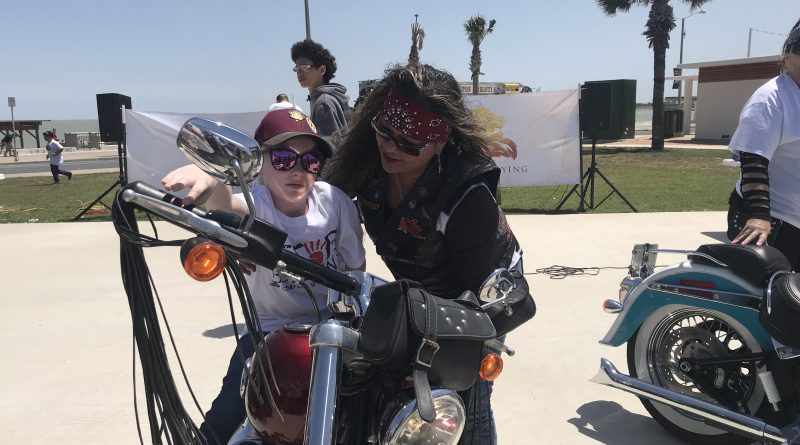 14-year-old tells about being picked on because of illness

As 14-year-old Michael Collins began to speak at a bullying prevention event, he didn’t expect to steal the hearts of everyone in the audience.

His illness causes the right side of his body to be under-developed, giving him a smaller arm that he calls his “lucky fin.”

Michael faces many challenges, one of the biggest being that he didn’t start speaking until he was 6 years old. Having to defend himself was hard.

“People could only hear my screams but not my words,” Michael said. “My words were silent.”

When he was 11, he said, there was a particular boy who bullied him with the intention of breaking his “lucky fin.”

Soon after the incident Michael spoke to his doctor and mother about his desire to give up. Not only did he want all upcoming surgeries to stop, he wanted to take his own life.

Michael’s mom, Rachel Collins, said that growing up there were many parents who openly told their kids to get away from the “retarded kid,” referring to Michael.

The Collins family, who now live in Fort Worth, came down to share their story at the Bullying Ends Now event that held April 14 at Water’s Edge Park by the Molina family.

The Molina family held the event as a remembrance to their son, Teddy Molina, who took his life April 1, 2012, as a result of bullying. Mingo Molina, Teddy’s father and a Del mar alumnus, could only describe the incident as a “deafening bang.”

The event welcomed many guest speakers such as candidate for Congress Eric Holguin, who shared his personal experiences.

“It’s an everyone issue,” Holguin said. “I want to show I can fight for everyone’s kids.”

Many of the speakers altered their comments after hearing Michael’s story. Barbara Canales, candidate for Nueces County judge, explained how her experiences could tie into the feeling that Michael endures.

“Different is OK,” Canales said. “Different should be celebrated.”

Michael has worked toward creating a project called Operation Friendship.

“We need heroes,” he exclaimed.

Michael told how his experience has defined him. He has accepted that he was a victim, but now it’s time to be an advocate.

Molina stressed the need for awareness to the issue. His central message was centered around the fact that “everything starts with one.”