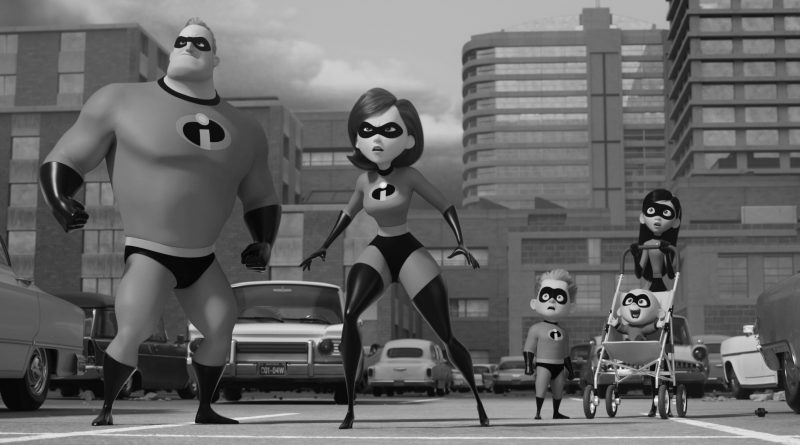 Superheroes, capers and a giant shark kick off the movie season

Between wisecracking mercs, dinosaurs, giant sharks and a family of superheroes, this summer looks to be a perfect times to head out the movies. These are the nine flicks that are set to heat up the box office and aim to capture audiences while enjoying their popcorn.

Ryan Reynolds returns as the “Merc with a Mouth” Deadpool in the sequel to the 2016 smash hit that took audiences by storm.

A powerful time-traveling soldier known as Cable (Josh Brolin) hunts down a young mutant (Julian Dennison), which results in Deadpool fighting to stop him from trying to take the kid. To stop Cable and save the kid, Deadpool forms the group known as “X-Force” and with his fellow taxi driver friend Dopinder (Karan Soni) tries to stop the time-traveling mercenary and save the kid the only way Deadpool can.

Director David Letch (“Atomic Blonde”) takes on the sequel with Reynolds writing the script alongside Rhett Reese and Paul Wernick to deliver a sequel that promises to be bigger and better than the first.

This is the story of how Han Solo (Aiden Ehrenreich) became the expert pilot of the Millennium Falcon alongside his Wookie partner Chewbacca.

The film tells the story of Solo’s beginnings as part of a crew of gangsters with Tobias Beckett (Woody Harrelson) where Solo encounters smuggler Lando Calrissian (Donald Glover). But what makes this film highly anticipated was the story behind its troubled production.

“The LEGO Movie” directors Phil Lord and Christopher Miller backed out of the film because of creative differences with Lucasfilm, resulting in Ron Howard taking over. Ehrenreich also has huge shoes to fill as Solo, who was originally portrayed and made memorable by Harrison Ford. From the two trailers released, the film looks to be a promising entry in the Star Wars canon.

“Prometheus” star Logan Marshall-Green gets a new “Upgrade” in this latest science-fiction action flick written and directed by Leigh Whannell.

After his wife was brutally murdered, Grey Trace (Green) is left paralyzed and his life turned upside down. A mysterious inventor offers Trace a second chance by implanting a chip inside his body known as STEM giving not him only the ability to walk again, but superhuman strength and agility. With his new abilities, Trace sets out to find the ones responsible for his wife’s murder and avenge her death.

The film is produced by Blumhouse, the company responsible for such films as “Get Out,” and “Happy Death Day.” With a unique concept and trailer where there are people who can fire guns from the palm of their hands … literally, this film looks to be a huge and exciting risk for Blumhouse.

The Ocean’s series returns, but this time around it stars a cast of strong female leads to bring this heist comedy back to form.

Danny Ocean’s estranged sister Debbie (Sandra Bullock) gets released from prison and shortly after plans to do what she’s good at, which is pulling off a heist. With the help of her close friend Lou (Cate Blanchett), they assemble a crew to pull off the heist of the century at the Met Gala in New York City.

Director Gary Ross takes on the female-led “Ocean’s” flick to have it stand on its own in the series made famous by Steven Soderbergh. And with the star power of Bullock, Blanchett, Anne Hathaway and Rihanna, this is one heist film that you don’t want to miss.

After a 14-year wait, the Parr family returns to the big screen after a huge demand for a sequel to be brought to light by Disney and Pixar.

The Parr family continues to try to live a normal life while Helen (Holly Hunter) continues to fight crime and campaign to bring “supers” back into a positive light, leaving her husband, Bob (Craig T. Nelson), to care for their children. When a new villain known as the Screenslaver threatens the world, they must band together to save the planet.

After the huge success of the first film in 2004, many people were itching for Pixar to make this sequel happen. And now that a summer release is certain, many will pack the theaters to see the Parr family fight to save the world again.

Life finds a way once again in the sequel to the 2015 smash hit starring Chris Pratt and Bryce Dallas Howard.

Four years after the destruction of Jurassic World, Owen Grady (Pratt) and Claire Dearing (Howard) return to Isla Nublar to save the remaining dinosaurs from a volcano that’s about to erupt. They soon discover a conspiracy going on in the remains of the park that threatens the entire planet.

J.A. Bayona, known for directing “The Impossible,” takes over directorial duties from Colin Trevorrow, who now serves as one the writers of the sequel. With intense action and the return of Jeff Goldblum’s Dr. Ian Malcolm, this is one sequel that is set to be bigger than the T-Rex itself.

After the events of “Captain America: Civil War,” Scott tries to balance his life as a father while at the same time being Ant-Man. When Hope and her father, Hank Pym (Michael Douglas), present Scott with a mission that brings secrets from their past to light, he and Hope team up as Ant-Man and the Wasp.

Peyton Reed returns once again to direct the film after the first film took everyone by surprise. With “Avengers: Infinity War” already out, many are looking forward to where this film will place in the Marvel Cinematic Universe, and are also eager to hear Luis’ (Michael Pena’s) stories once again.

The world is faced with dire consequences when one IMF mission ends badly, and Ethan plans to take it upon himself to finish the original briefing. This results in him in a race against time being hunted down by assassins, allies and the CIA including agent August Walker (Henry Cavill) while trying to prevent global catastrophe.

Each film has a different director, but this time around Christopher McQuarrie returns as both writer and director. With each film improving on the last, Cruise once again shows audiences that he still has it in him in his 50s. This is the first entry to be filmed in 3-D.

Action star Jason Statham faces off against his biggest foe yet, a 75-foot-long shark otherwise known as the Megalodon.

The Meg attacks a deep-sea submarine disabling it, leaving a crew at the bottom of the Pacific Ocean. Rescue diver Jonas Taylor (Statham) is tasked to rescue the crew and also the ocean itself from The Meg and must find a way to defeat it.

Based on the novel by Steve Alten, “National Treasure” director Jon Turteltaub is tasked to bring this science fiction horror flick on the big screen. With Statham’s charisma and the comedic timing of Rainn Wilson, this is one shark flick that will have audiences on the edge of their seats.