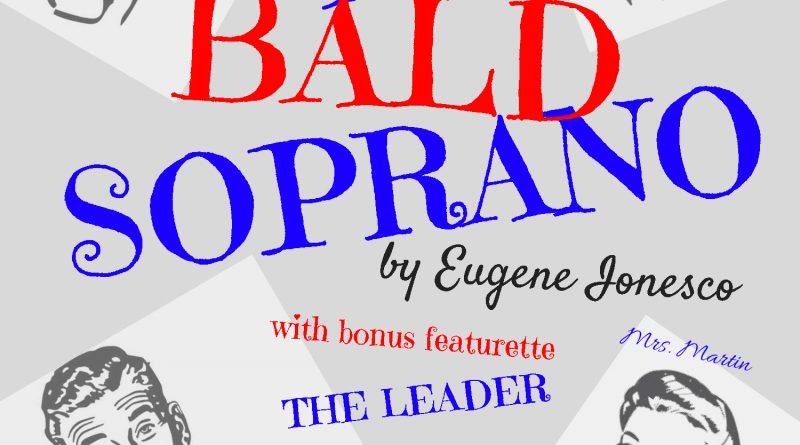 Eugene Ionesco’s “The Bald Soprano,” produced and performed by the Del Mar College Drama Department, offers audience members a light-hearted existential crisis, along with punch and cookies during intermission. The play opened April 13 and will run again April 19 – 21, with free admission for students April 19.

Most have never had an experience with “theater of the absurd,” defined as “drama using the abandonment of conventional dramatic form to portray the futility of human struggle in a senseless world.” It’s a genre of theater that seems to stray from the ordinary and introduces the psyche of the audience into a whirl of madness. As an audience member, this was my night — but it was hilarious and wonderfully executed.

Suspended in the complete silence and darkness in the Bartlett Theater as the show was starting on opening night, the surprise that came out of the audience was collectively felt as the lights glared onto a scene that appeared visually stunning; wait till you see. Mr. and Mrs. Smith (played by Cordell Lovette and Mariah Massengill) opened the show with a comically awkward conversation in heavy British accents.

Their quirky maid with a cockney accent, Mary the Maid (played by Jenna Meurer), is devilishly peeking in and out during the play, offering her well-performed wit and sarcasm.

Enter Mr. and Mrs. Martin (played by Jacob Miller and Emily Sanchez), who take the stage with a hilariously repetitive conversation about having seen eachother somewhere, before realizing they’re married. Soon we meet the the Fire Captain (played by Jacob Williams), who mixes in trivial discussion to further fascinate the crowd.

However, what they speak about and why they speak it will have the audience a bit razzled. “The Bald Soprano” is a hilarious performance of the abstract in the everyday, the oddities in the small-talk, and probably a satire on the ordinary middle class. I took a couple of friends and we all enjoyed it and talked about it for the rest of the night.

The Del Mar Drama Department clearly went to great lengths executing this, as well as the predecessor to the play, a short called “The Leader” in which we witness strange, cult-like behavior among a group of seemingly ordinary people. The fourth wall broken during “The Leader” was just the right amount of unnerving.

With some mild adult themes and shocking effects in the performances, the drama department suggests not bringing young children to the showing. But it’s definitely an ideal night out and a good laugh (if you don’t mind the mild existential crisis).

Tickets can be purchased early at the theater, or online through the “Drama at Del Mar” Facebook page.