Rosa Smith, a student in the aviation mechanics program, hopes to work for NASA.

Aviation maintenance students to get another plane

The donation of a half-million dollar plane could be the ticket to more hands-on training for Del Mar’s aviation maintenance students.

Rockport native Toby Knocke plans to donate a Dassault Falcon 10 plane to the college’s aviation program. The plane will be located at Del Mar’s hangar at the Corpus Christi International Airport.

The Falcon 10, a popular business jet that can seat up to eight passengers, is expected to be delivered once paperwork is complete. Since the plane is in good condition, students will use it for operation checks and run-ups.

“Part of a check would be to retract landing gear or to check the antiskid brakes, run the engines and learn how to operate those,” Klaus said.

Students in the program can earn their airframe and power plant license in five semesters. learning to use tools, perform composite repairs and fix engines. They work on a variety of aircraft, including T-34C Turbomentors and an OH-58 Kiowa helicopter.

Aviation student Rosa Smith grew up with planes outside her window.

“I lived by Edwards Air Force Base in Lancaster, California,” Smith said. “I only lived about half a mile away from an airport, so I saw airplanes flying overhead.”

Smith pursued aviation mechanics because she wanted to work with her hands and enjoys the always-changing atmosphere.

“There are so many things you can do. Nothing is repetitive. It will not get boring,” Smith said.

Smith knows people’s lives depend on her work.

“It makes you a lot more cautious. You need to have a certain amount of integrity, being honest and trying to do your best,” said Smith, who added she has dreamed of working for NASA since seeing rockets being launched as a young girl.

“The way they light up the sky was amazing and beautiful,” she said.

Program graduates now work for the Corpus Christi Army Depot, Naval Air Station-Kingsville, United Airlines, HALO-Flight and others. The median wage for aircraft mechanics and service technicians was $61,020 in May 2017, according to the Bureau of Labor Statistics. 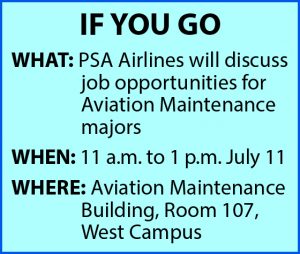 “It’s the kind of field where you make good money, and it’s not so complicated,” said Jennifer Rodriguez, who is in the program with her husband.

“Him being in it made me interested in it so that I know what he is talking about,” Rodriguez said.

Aviation mechanic and service technician jobs are expected to grow by 5 percent in the next 10 years, according to the Bureau of Labor Statistics.

Students will get a chance to meet with a prospective employer on July 11 when PSA Airlines visits campus. 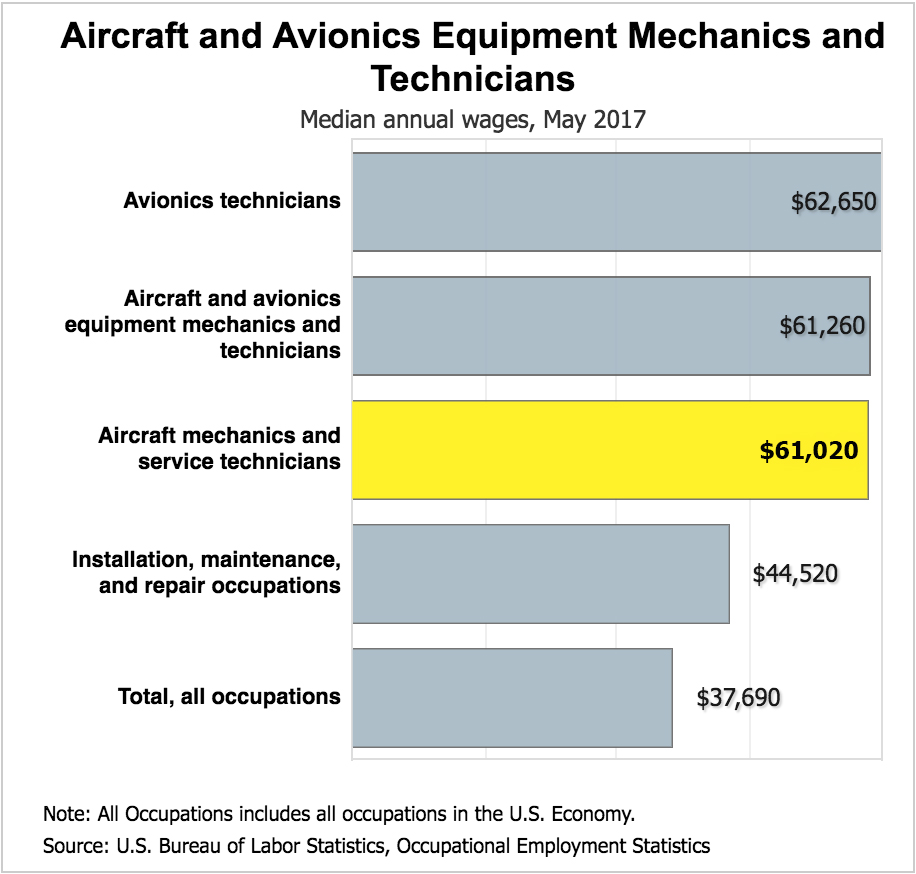