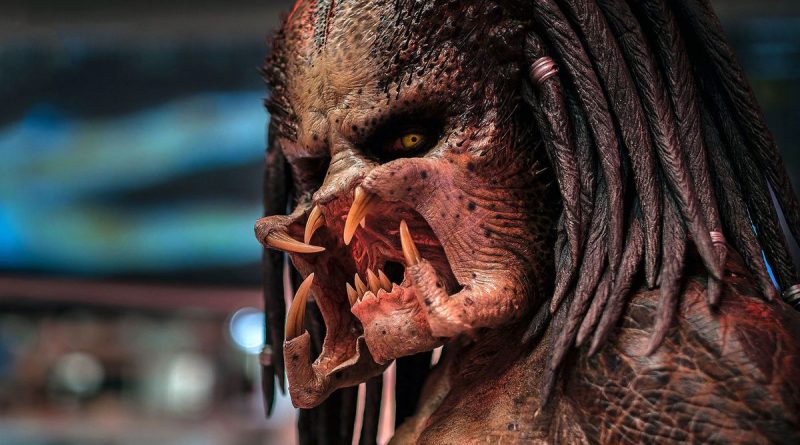 Confusing scenes and 90’s style drag the film down

Directed by Shane Black and set after “Predator” and “Predator 2” but before “2010’s “Predators,” “The Predator” hit theaters Sept. 14.
Boyd Holbrook plays an Army Ranger sniper Quinn McKenna, who is quickly detached from his unit after his run-in with a Predator. With the suspicions of a cover-up, Quinn underestimates the kind of trouble he puts his family in by shipping a care package that includes some alien contraband to his wife (Yvonne Strahouski) and son (Jacob Tremblay). He is joined by a band of five veterans deemed crazy by the Department of Veterans, Baxley (Thomas Jane), Nebraska (Trevante Rhodes), Coyle (Kegan-Michael Key), Nettles (Augusto Aguilera) and Lynch (Alfie Allen).
In efforts to escape they band together to help Quinn kill the Predator after losing his creditability with his superiors. Not too soon after their escape they run into a high school science teacher, Casey (Olivia Munn), who was recruited by Traeger (Sterling K. Brown) only to turn on her when she set out to find the Predator as well.
The storyline is well-rounded, and the band of misfit veterans adds a comedic touch that will have you laughing. The film also pays homage to the first “Predator” with some of Arnold Schwarzenegger’s famous tag lines throughout the movie. The biggest and best version of the Predator is the newest upgrade, which has to do with some familiar DNA involved.
Also making an appearance is Dr. Keyes (Jake Busey), the real-life and film son of Peter Keyes (Gary Busey). There is so much going on for fans of the franchise. There are only a couple of bad cinematic points, including the whole ’90s motif even though it’s placed in the present day. It probably has to do with the fact that this takes place between “Predator 2” and Robert Rodriguez’s “Predators.” Secondly, we have the choppy scenes that make the jumps between scenes hard to look past. At one point you’ll get lost and if you don’t have anyone there to explain what had just happened.
The film as a great storyline but if you’re big on little mistakes and cheesy movies, than wait for it to hit DVD.

CAST: A+
SCRIPT: B+
CINEMATOGRAPHY: D+
SOUNDTRACK: F (I don’t remember any songs)
OVERALL: B-