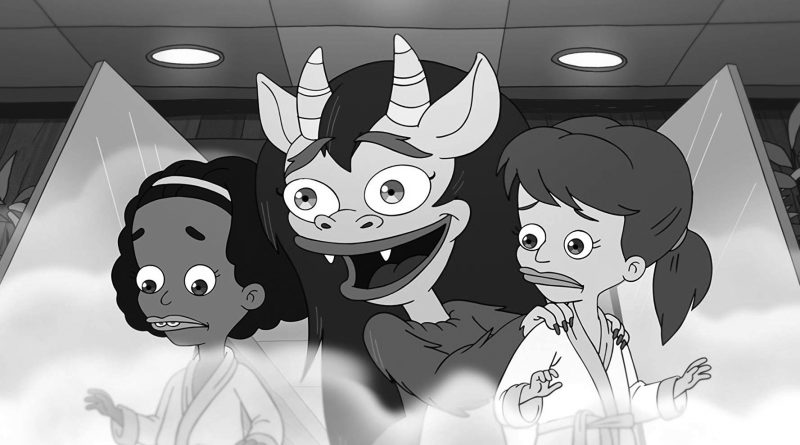 Navigating the perils of adolescence has never been more inappropriately explained that in the humorous Netflix original “Big Mouth.” Growing up has always been a wild ride and when the urges start to arise there’s no other show to consider watching.

The show centers on Andrew Glouberman (John Mulaney), who navigates the pains of growing up with the help of his hormone monster named Maurice (Nick Kroll). From dealing with morning wood to navigating a certain time if the month, “Big Mouth” never fails to pull a laugh.

The humor the characters possess make them engaging to watch and give the viewer a clear entry into what the character is passionate about. The show takes a serious transition period and breaks it down into little bits of comedy gold.

In season two episode two, “What about Boobs,” one of the characters, Jessi Glaser (Jessi Klein), deals with the backlash of her parents’ divorce. As the episode continues Jessi eventually screams profanities at her mother while proceeding to slam the door at the enjoyment of her hormone monster Connie (Maya Rudolph). While dealing with serious topics the show manages to water down the seriousness with well-executed humor.

Growing up can be a difficult but watching this show makes every step along the way gut-busting hilarious. The characters are well thought out and contribute to the show with their unique mindset. Jessi has a strong and snarky personality, which, when coupled with her strong pro-woman values, makes her a strong direct opposite to the boys. One of the main characters, Jay Bilzerian (Jason Mantzoukas), is a major opposite to Jessi. Jay is dim-witted, ill mannered and never fails to mention the prospect of sexual intercourse whenever he is in the vicinity of any of his friends.

When looking at the episode titles the viewer can get a good sense of what the episode plot can center around. With funny title names such as “Steve the Virgin,” “Drug Buddies” and “The Planned Parenthood Show,” the viewer has a funny insider as to what they’ll be watching.

While the show does have moments of stock humor that don’t always make sense, when the story line gets going the show manages to take a swift turn to talk about serious situations. Some of the topics that were discussed in the show include menstrual cycles, erectile dysfunction and even prospects of homosexuality. When a show can take serious life-altering situations such and these and turn them into a festival of laughs, that gives good merit to the producers of this hilarious show.

No matter what stage of life you are going through, “Big Mouth” manages to bring all types of mature grownups together in a comedic symphony of laughter you’ll never forget.