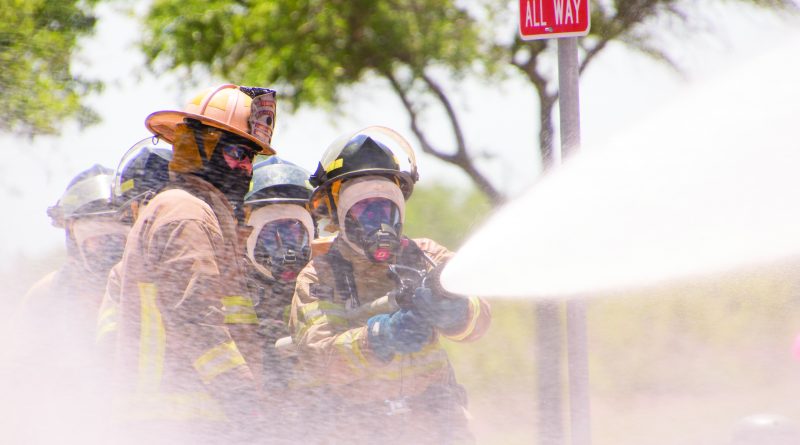 You may feel like home is the safest place to be, but 74 percent of all fire deaths take place there, according to the National Fire Protection Association.

Half of all home fires start in the kitchen, and about seven people die per day in house fires, the group said.

“Fire is not a joke, it is dangerous, and you should know your fire plan before a fire occurs,” said Melanie Flores, a Del Mar College nursing major.

“Once out, stay out,” Fire Captain Robert Ruiz once said, meaning once you get out of a fire situation, stay out, and don’t return inside to attempt to recover valuables such as pets or property.

“Keep your mind open and pay attention to what you are doing as well as what is around you,” Ledvic Martinez, an architectural student, said of ways to prevent a fire.

The majority of severe fire casualties occur at night. Most can be attributed to houses without smoke detectors.

Changing the batteries in smoke detectors is advised twice a year.

Have a fire extinguisher

Keep fire extinguisher up to date

Keep space heaters away from objects

Stay attentive to your cooking