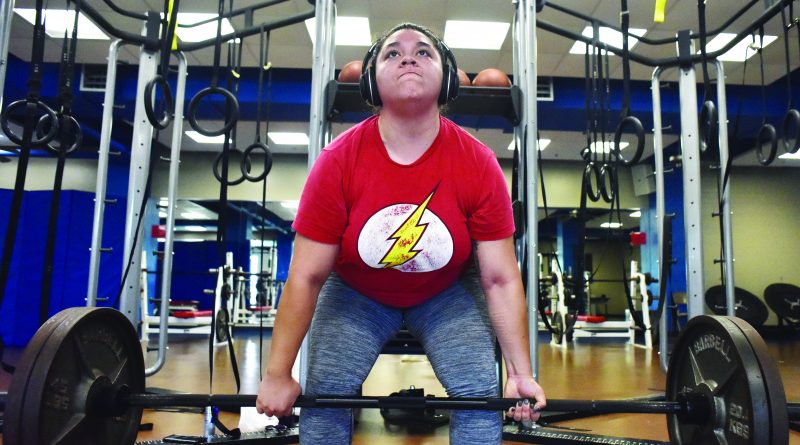 The competition hall becomes dead silent as the people start to disappear from sight, and hours of training come together in one moment. The only thing in Ana Selina Galicia’s mind are three words repeating, “lift, bench, press.”

It is only when the weights are back where they started does the rest of the world flow back to her thoughts.

Galicia, a 22-year old Del Mar biotechnology major, is also a World Powerlifting competitor who, competes in the 220-weight division.

Galicia fell in love with powerlifting and credits the sport for saving her life.

“I used to be very suicidal at one point in my life and I got into working out and the habits kind of just broke.” Galicia said. “I broke out of it and whenever I started lifting weights I didn’t want to do anything else.”

By fully immersing herself into the sport Galicia got to where she is today.

“I would exhaust myself to the point where I really didn’t have thoughts of cycling back,” Galicia said. “After being so into powerlifting you’re just like, well, if I do that then that’s going to affect me when I sweat and it’s going to sting, or if I do that then I’m going to have to go to the gym with long sleeves.”

Despite only joining the competitve circuit just this year, Galicia has found early success by winning the Best Female Lifter award at her first meet in Plano. At this same meet she placed first in bench, deadlift, and push and pull. This qualified her for the world competition in Las Vegas this November.

Galicia began to find herself not thinking about suicide, but rather about how it would affect her progress moving forward.

“It makes you think more about the pros and cons of going back in time,” Galicia said.

What Galicia lacked the most was confidence, said her coach Ramon Gutierrez.

“When talking to me at first, she wouldn’t look me in the eye,” Gutierrez said.

As Galicia began to dive into the sport things started coming together for her. She went from showing no confidence to emanating it.

“It made a big difference for her. She’s not the same person I met,” Gutierrez said.

For three years Galicia battled suicidal thoughts and tendencies, but it was powerlifting that helped her gain control over her ongoing battle.

“It kind of just broke me out of the cycle that I was in for like three years. What keeps me going is not going back to where I was and being able to accomplish things and get better over time,” Galicia said.