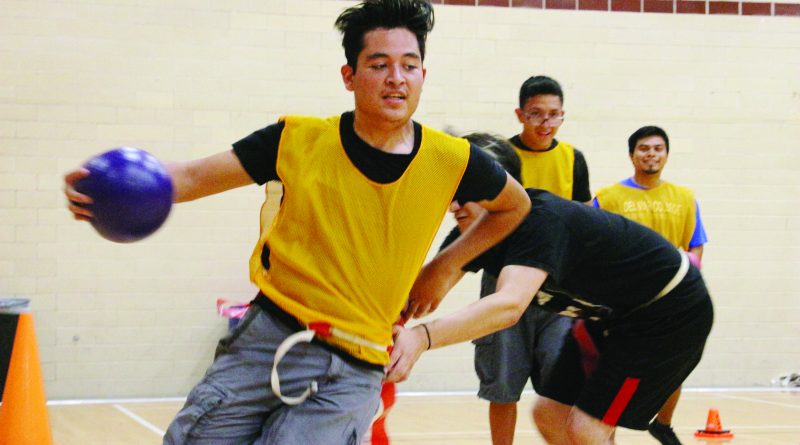 “I know everyone says games are like chess and stuff, but this game is definitely like chess. We all have to be in good spots, we have to sacrifice just like in chess. This is really strategic,” student Benito Torrez said of the Oct. 8 competition.

In Capture the Flag, rival teams must evade the other team’s side of the court to retrieve the ball and return to their side of the court all without having their flags being pulled. If the player’s flag is pulled then they must stay in the enemy team’s “jail” until someone from their team can tag them and break them out.

“I look to make sure they’re not stepping outside of the line and to make sure if they’re throwing it the are throwing it behind and not forward, because if they throw it forward that’s a no-go so they go to jail,” kinesiology major and game referee Damian Vasquez said.

Del Mar student player Michael Lopez was able to use his rugby experience to further his gameplay in Capture the Flag.

“The agility, the speed, and the moves like the juke and spin, and stuff like that. It helped for not getting my flag pulled,” Lopez said.