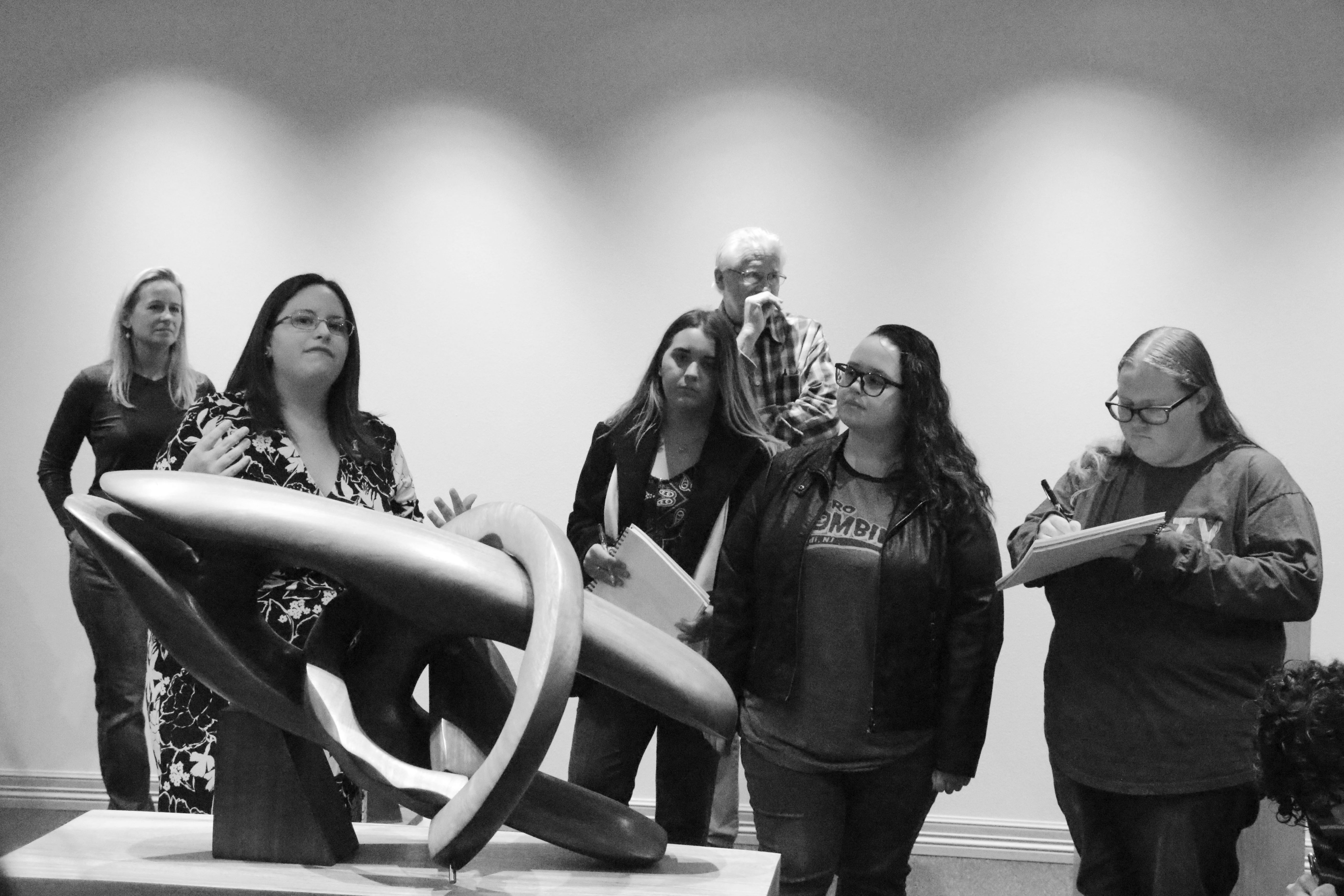 The All Work and No Clay sculpture tour featured 3-D artistic sculptures from nationwide artists. Del Mar alumna Sarah Pons led the Oct. 18 tour of the Library Sculpture Gallery, on the fifth floor of the White Library.

Kenneth Rosier, chairman of the Art & Drama Department, said the tour is the art department’s initial test at the idea of what museums refer to as a docent tour. A docent is when a trained individual guides a tour and explains the depth of an artwork.

Rosier said the department is looking out for the interest and response for the tour.

“We may possibly increase it to multiple sessions,” Rosier said.

Pons called it a “prototype tour.”

“We want to see how people respond to it, and how many will be in attendance. If it’s a success we are hoping to do more in the future at least twice a semester.”

The pieces in the gallery are Del Mar’s own collection, and were purchased from the college’s own National Drawing & Small Sculpture Show. Once purchased, the art pieces become part of the permanent collection under the Joseph Alexander Cain Art Gallery. Rosier said only one piece is added to the collection every year.

When it came to finding their docent for the tour, Rosier said is was an easy choice.

“Sarah Pons is very knowledgeable, and the perfect individual to lead this tour,” he said.

Pons is a Corpus Christi native and Del Mar alumna. She obtained an associate degree in studio art at Del Mar College, a bachelor’s in studio art with a minor in art history from Texas A&M University and a master’s in art history from Oklahoma State University. Pons graduated with her master’s degree in July 2016, and this was her first time being a legitimate docent for an art tour.

Pons has always been enamored with art.

Over two art classes filled the gallery to take the tour.

“I think the event went really well,” Pons said. “I was hoping the people and audience would be able to connect with the art and its looks like that occurred.”

Pons said she some of the art students engaged with their favorite pieces and even spotted them sketching them. The audience also had a good engagement when it came to asking questions on select pieces.

“The turnout was actually so much more than what I could’ve hoped for,” Pons said.

She said she is excited for the next time she gets to be a docent.

“I absolutely can’t wait, although I would bring some water next time,” Pons said. 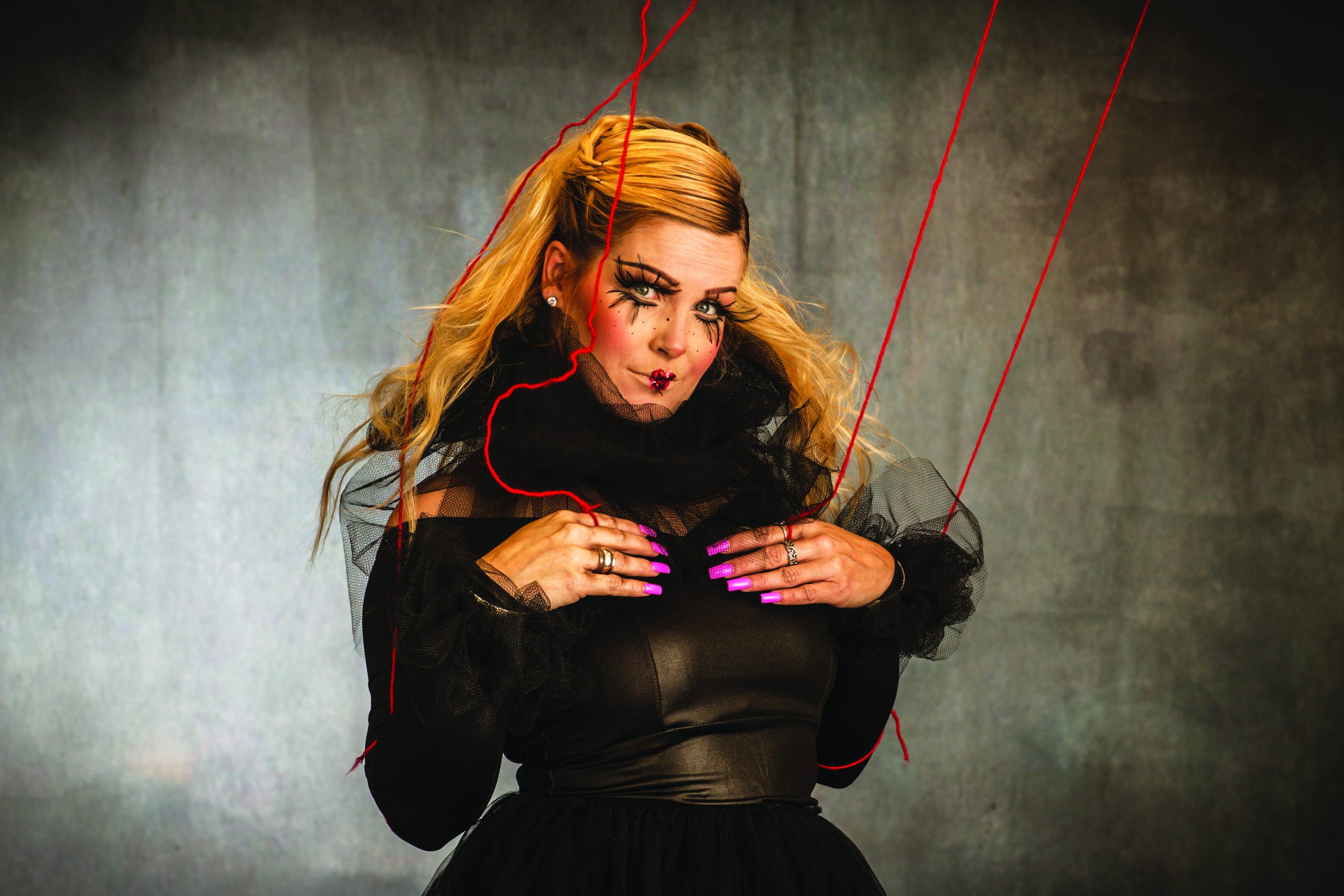 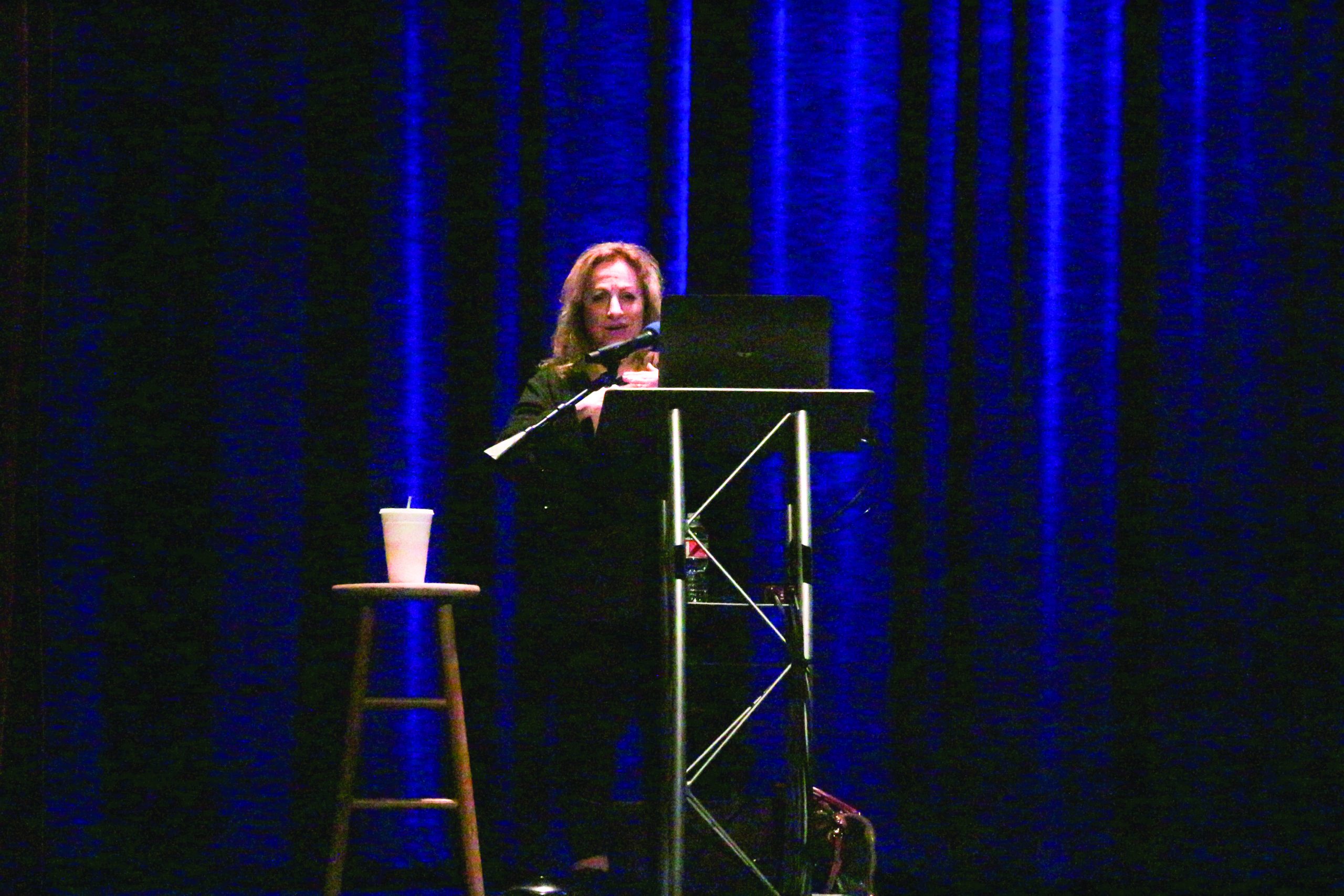 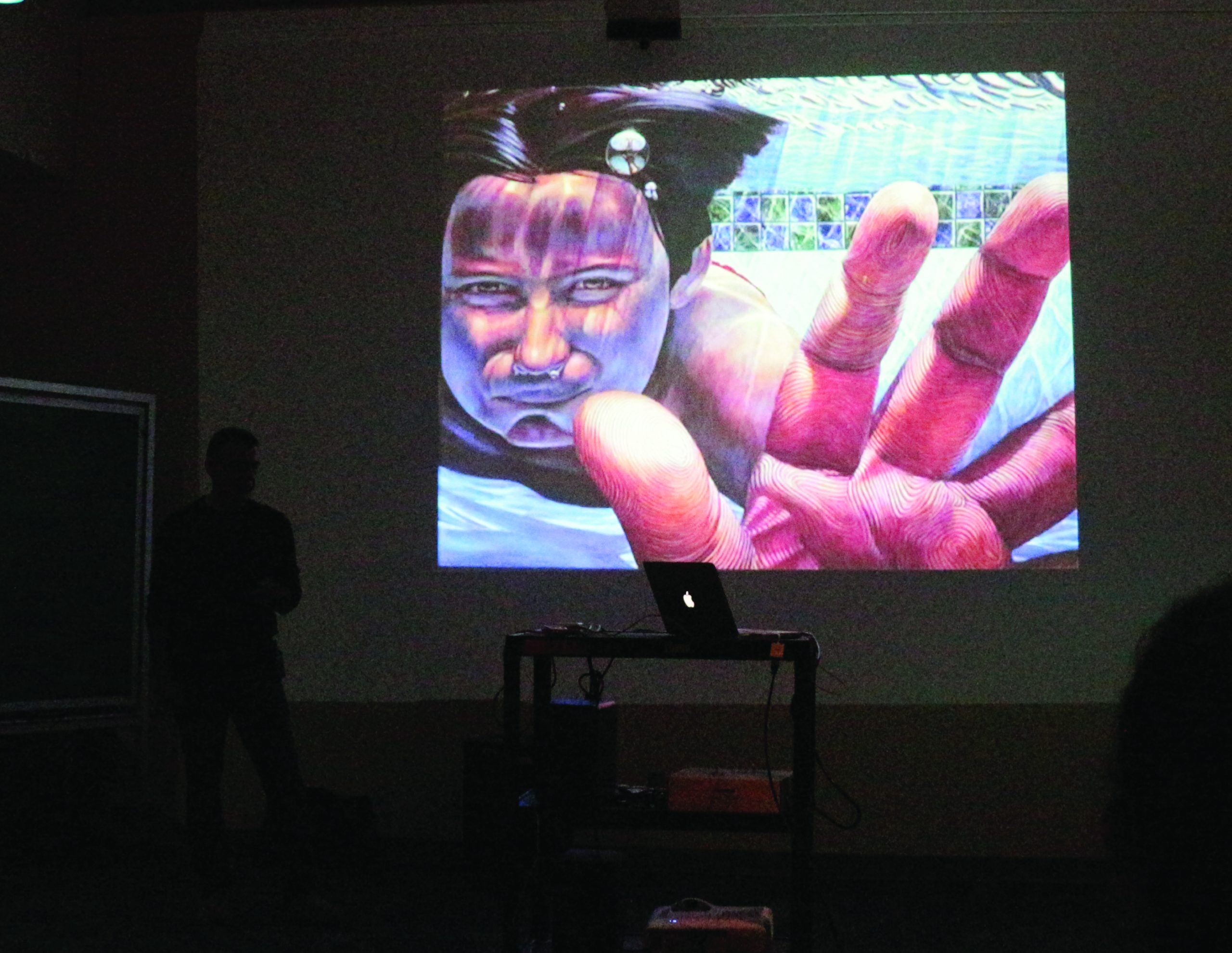