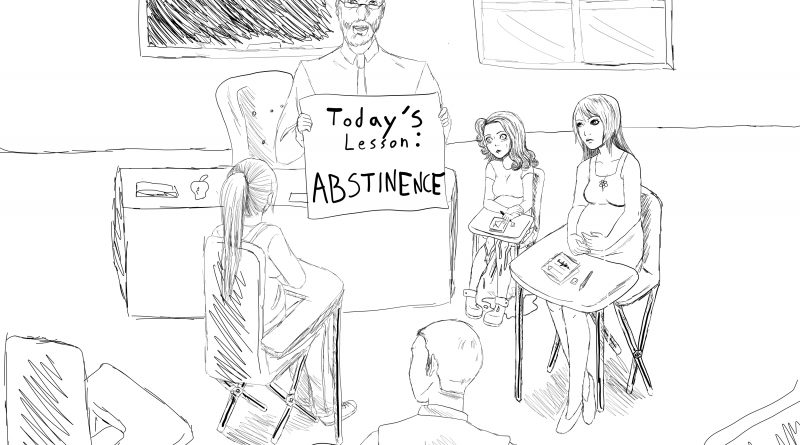 Teaching our youth about sex is an age-old debate. When parents discuss talking to their teens about sex, words like taboo, religion and innocence are often thrown around.

However, rates of sexually transmitted diseases in the United States have climbed for the fourth consecutive year, according to the Centers for Disease Control and Prevention. The schools have taken away the fear of STDs because they are no longer educating youths about them. They’ve turned sex into something teens shouldn’t do because it was decided for them by a committee that determined they are too young to know the truth.

Only 30 percent of parents talk to their teens about sex, according to the U.S. National Library of Medicine. It also says 39.5 percent of teens are having sex and 46 percent them are not using condoms. It explains that nearly half of the 20 million people diagnosed with an STD are ages 15-24.

Texas does not require schools to teach a sex education class. If they do teach sex education they teach an abstinence-only program.

The United States has the highest teen birth rate in the world. The STD rates have steadily risen in the past few years. Studies show the average age a person first has sex is 17 and it’s increasingly common to have sex before marriage.

Children are not as naive as society would like them to seem. Children in elementary school are coming home to parents and talking about sex because their friend mentioned it. There are studies that show 66 percent of children between 12-17 were sexually abused between 2009-13. Studies by researcher Michelle Fine found that abstinence-only education leads to increased experiences of victimization and teenage pregnancy.

It’s not a coincidence that with the rising rate of schools teaching abstinence-only programs, there is a rise in STDs. The youth of America are no longer being educated on safe sex. Instead of preaching about no sex, give them condoms. Show them slides of what can happen if you get an STD. Those images will stay with them for life.

Educators do not have to teach children about sex. They don’t have to ignore the facts either. Society can choose to keep teens uneducated and the STD rates will continue to rise. The other option would be to create a program that educates youths of their bodies and what could happen if they have unprotected sex.

Allow parents to preach abstinence if they wish, but teens should be educated on the statistics and facts of having unprotected sex. Parents shouldn’t be afraid of telling their kids about sex. They should be more concerned about what will happen when their uneducated child comes to them with an STD.

We shouldn’t hide the facts from our children because it only hurts everyone in the long-run. Educate our youth to empower them to make good choices — whether that be using a condom or saying no to sex.