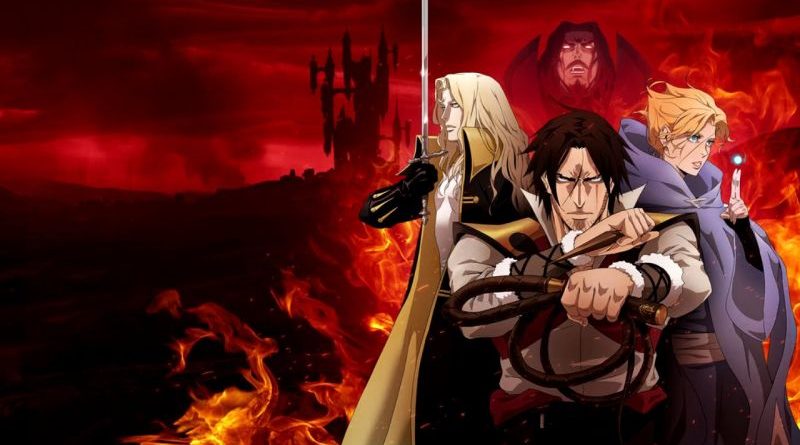 Show, based in hit video game, speaks to the evils of humanity

A lot of people may brush off “Castlevania” as another show based off another videogame but it is so much more.

Whether you know how the series will end or not, this show speaks about the evils of humanity and the fight to preserve it.

Season two kicks off giving the viewer more backstory about Lisa Tepes and how she came to pass at the hands of the Church of Wallachia.

This felt pivotal because it tied into the reason Dracula seeks to end all of humanity.

We see the brilliant Lisa fall even though her intent was pure with her knowledge to help those around her.

Dracula despised humanity but Lisa gave him a glimmer of hope that there was more to them than he knew. After convincing Dracula to visit the world of man, Lisa died at their hands, adding to the dramatic irony.

The main protagonists, Trevor Belmont, Sypha the Speaker, and Alucard, son of Dracula believe the world can be saved.

Even though Dracula looks like the bad guy, his own son Alucard and the vampire hunter, Trevor understood his actions.

There is no doubt he is a very strong opposing force but as this season goes on he will win your sympathy despite his intentions.

Rather than end all humanity the protagonists want to preserve the good people out there.

Whether it’s Dracula’s army or the main characters no matter what side you look, the viewer can find someone they agree with. It’s powerful and discouraging to see the show’s characters fight for what they believe.

Some characters steal the show in their personal fights and others, you will root for their failures and become frustrated at the betrayals.

An interesting part of this show is that you see everyone has their own agenda and no one is clueless to the feelings of others.

This is a lot like real life because if we were to look around us with great thought we would understand those that we disagree with. We may not agree but their contrasting beliefs can stand to help us reinforce our own.

The ending is full of hope, the consequences of betrayal and the power of victory. The last lines stick with me because they sum up the impact of this fight all the characters are in for humanity.