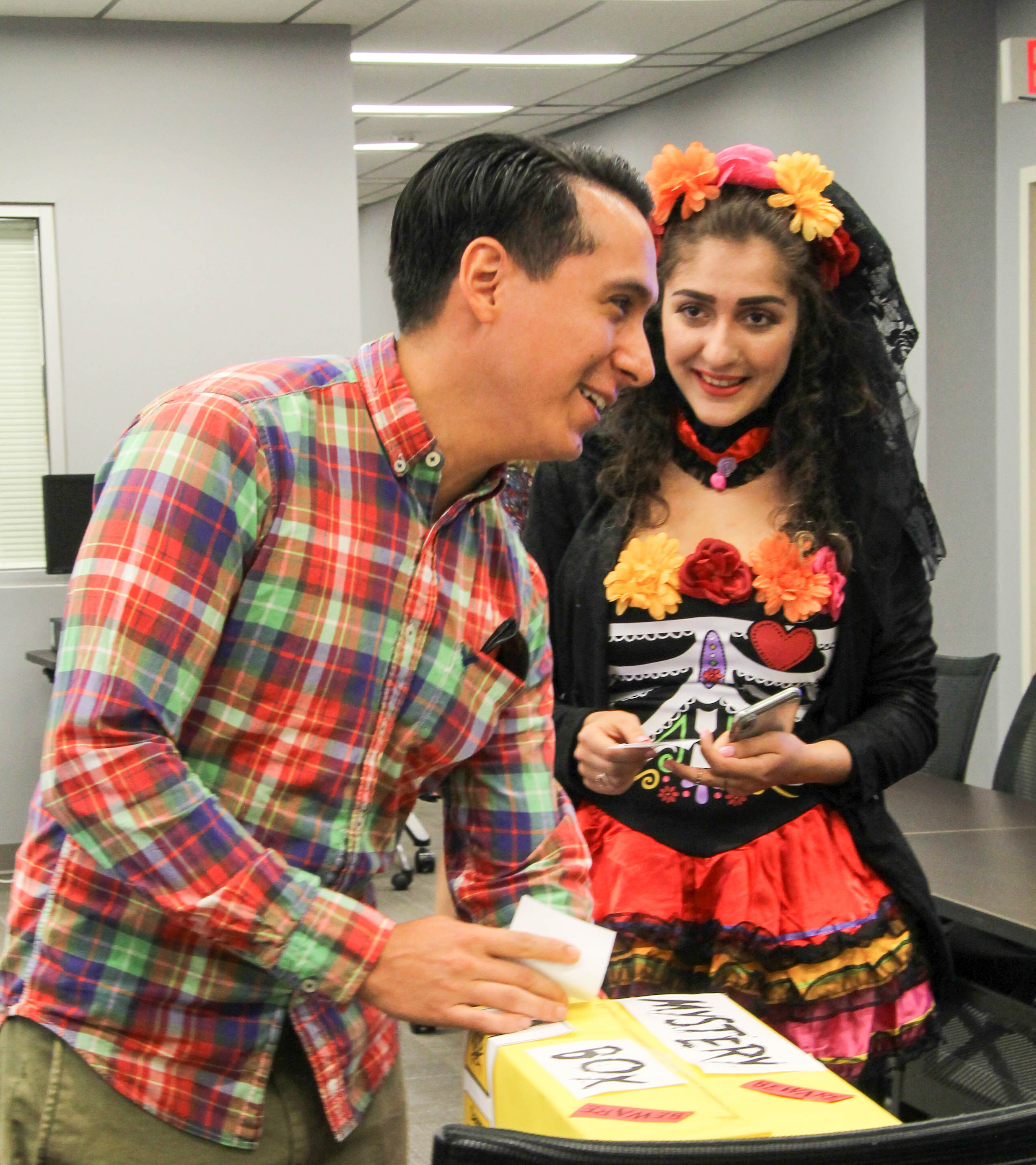 Del Mar College had many events celebrating Dia de los Muertos. Among those was a sugar skull competition put together by the Career Readiness Institute, and an art exhibit featuring the photography of a Del Mar student.

The Career Readiness Institute on Oct. 31 held its first annual sugar skull competition. Three students submitted their art to be voted on by people who attended the event. Prizes for the contestants included a $15 gift certificate to Whataburger, leather portfolios, Title V bags and more.

This event, like previous ones held by the CRI, are culturally relevant to our community. Kelsey Cloud, a graduation coach at Del Mar, said that because Del Mar is a Hispanic Serving Institute it’s important to be inclusive of the traditions and cultures of the community.

“We want to bring awareness to the types of services we offer. A good way to do that is to bring people in with the fun, and then giving them the information about the service,” Cloud said.

While the event held by the CRI was a fun and comfortable way to bring students in to give more information about the services offered, the event by the foreign languages lab was more focused on the art aspect of Dia de los Muertos.

“We set up an altar in the tradition. It’s not dedicated to anyone, we just did a general one. We really like the art aspect of it so I asked students to prepare art,” Morin said.

Boren, a biology major who used to be a professional photographer, was told by Morin about the Dia de los Muertos exhibit and decided to bring some of her old photos to showcase.

“All those portraits I have at the house that I’m just gonna throw away, because they were old, collecting dust, I decided to just paint on them, have a little bit of fun, add things on them that meant something to me,” Boren said.

Sierra Dominguez, a liberal arts major who attended the CRI sugar skull competition, thinks it is important that Del Mar has informative events like these to inform others about different traditions.

“It’s very important to learn about other cultures. It’s good to get the information out there to those who don’t know much about it,” Dominguez said.