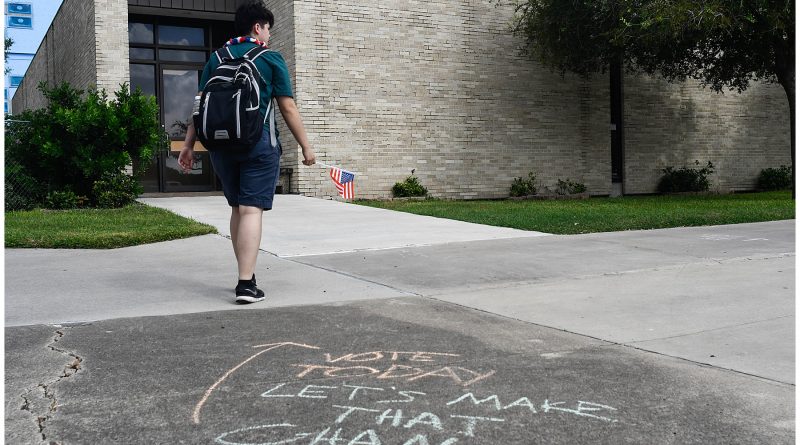 A student March to the Polls on Tuesday, November 6, 2018

“The only purpose is to get people to cast their ballot on Election Day,” Laura Salinas, Democratic Club member, told the Foghorn News.

Club members met outside the Harvin Center encouraging passing students to march too.  Stickers and information sheets were handed out.

“It’s important to vote. We are trying to get as many people to vote as possible. It’s the only way to get our voices heard,” said liberal arts major Brianna Perez.

Perez and her sister, Abigail, attended the march to promote women’s rights and encourage people to vote at the Heldenfels Administration Building.

The students walked around the perimeter of campus with their signs held toward passing cars and students walking to classes.