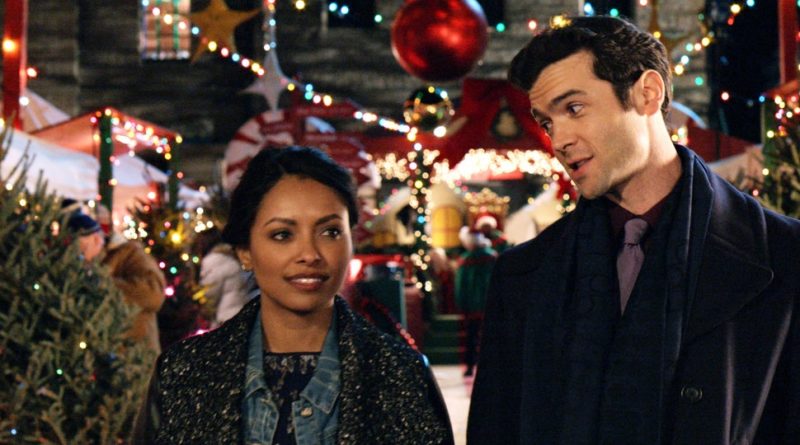 The movie is about a photographer, Abby Sutton, who was a given an antique Christmas calendar but little did she know, it was a magical calendar that predicted her future. The calendar is like a wooden dollhouse that had 25 doors that opened every day until Christmas, revealing an object of her future, leading up to her destiny.

Josh Barton, also a photographer, has been a longtime best friend with Abby but he always had feelings for her. On the first day of Christmas, the calendar opened up the first door and revealed a pair of boots and on that day, Josh gave Abby a pair of boots, which is her signature look. A couple of days later, she finally realized that the calendar was predicting her future each day.

Of course, there is a bit of a twist. Abby does not see Josh as more than a friend, and a very dreamy bachelor, Ty Walker, caught her attention. Distracted by the over-the-top romantic dates, she realizes that Ty is not the one for her.

By this time, she is confused about her love life and starts questioning the calendar and its predictions of her future, which she was realizing has not been good. Then, after losing sight of the calendar, she realizes the calendar was leading up to Josh, her best friend, who is the person she is supposed to be with.

The movie is filled with holiday joy and romance, and, like any other Hallmark movies, it is a very cheesy, fantasy love story.