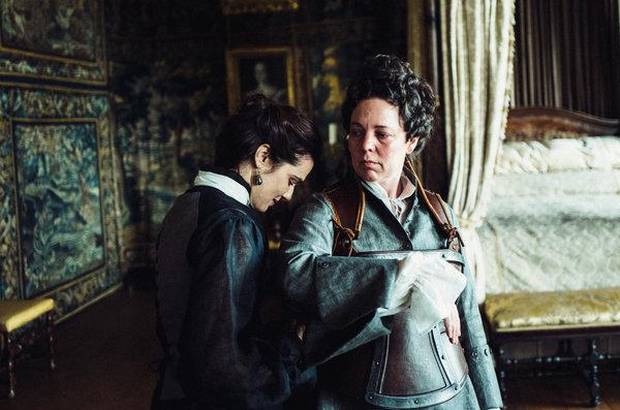 Set in 18th-century England, director Yorgos Lanthimos’ “The Favourite” tells the true events of Queen Anne of Great Britain, the last of the Stuart monarch, and her indulgent love triangle.

The filming took place at the Hatfield House in the town of Hatfield, Hertfordshire, England. This place of residency has been used in many films over the years: “Batman” (1989), “Lara Croft: Tomb Raider” (2001), “Charlie and the Chocolate Factory” (2005) and “Sherlock Holmes” (2009).

Oliva Colman plays Queen Anne, who has been in a sexual relationship with Rachel Weisz’s character, Sarah Churchill, Duchess of Marlborough, for quite some time. Emma Stone’s character, Abigail Hill, comes to the palace of Queen Anne to find a job from her cousin Sarah.

Abigail had fallen on hard times from her father selling her to a German man to pay off debts. Abigail accidentally finds out about Queen Anne and Sarah’s promiscuity by being in the wrong place at the right time.

To get her good name back, Abigail devises a plan to flirt with Queen Anne in hopes of becoming a baroness. The flirting quickly becomes sexual and Sarah finds the two naked in bed in complete shock and betrayal.

Sarah goes on to compel Queen Anne to get rid of Abigail immediately, but Queen Anne refuses; she likes it when Abigail “puts her tongue inside me.”

From then on in, the drama and hilarity ensue, causing you to not look away. The cinematography alone captures the essence of the intrigue and double-crossing the actresses expel.

Each actress gives a great performance in this period piece. Colman is hilarious with her uncertainty in power but is so strong with her million emotions. Weisz is stunning in her ageless beauty and forceful commanding in the film. Stone delivers a great portrayal by showing how far her character will go with trickery to get what she wants.

“The Favourite” has won a Golden Globe already for Colman for Best Actress. Lanthimos delivers excellence in this movie by showing raw emotions, deceptive personal motivations and interesting historical depictions.