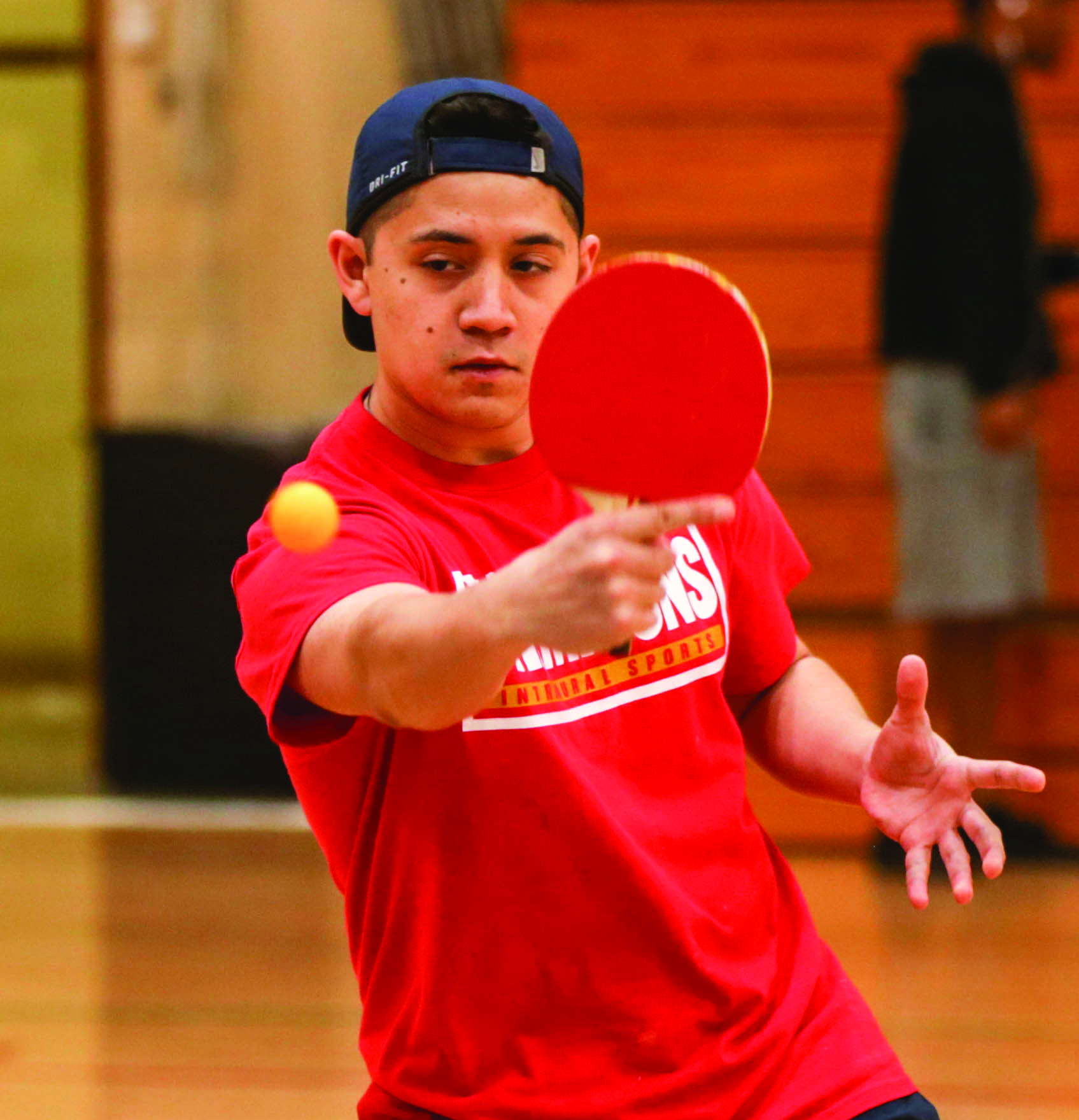 Students gathered to battle it out with giant Connect 4, dodgeball and table tennis in March.

While Connect 4 didn’t draw in a large crowd, dodgeball and table tennis were quite popular. Table tennis had 18 people show up, the most ever for that event.

Table tennis started off with laughter and excitement, until Rogerio “Roy” Moya, recreation supervisor and equipment manager of the gym, decided to separate the men and women.

“Let’s move the girls out of the guys bracket so it’ll be fair,” Moya said. “Six girls? Let’s have the girls start first to get them started and over with.”

Kinesiology major Alex Gonzalez, who is also a staff member, said he didn’t want to argue with Moya because he was running the gym at that time.

“I never believed in splitting up people based on their sex,” Gonzalez said. “I can’t believe he’s doing this; it’s 2019.”

Hannah Reynolds, also a kinesiology major and staff member, said they had never divided men and women before.

“With dodgeball the other day, we only had one girl show up,” Reynolds said. “Sometimes it is only one girl that comes to these intramurals. I don’t want to argue with him though because he is old-fashioned.”

After Moya gave a 15-minute speech on the rules and history of table tennis, the tournament began. First- and second-place winners received a shirt and lanyard, with third receiving a lanyard.

For more information about intramurals, contact Kristy Urbick at 361-698-1336 or dmcintramurals@delmar.edu.