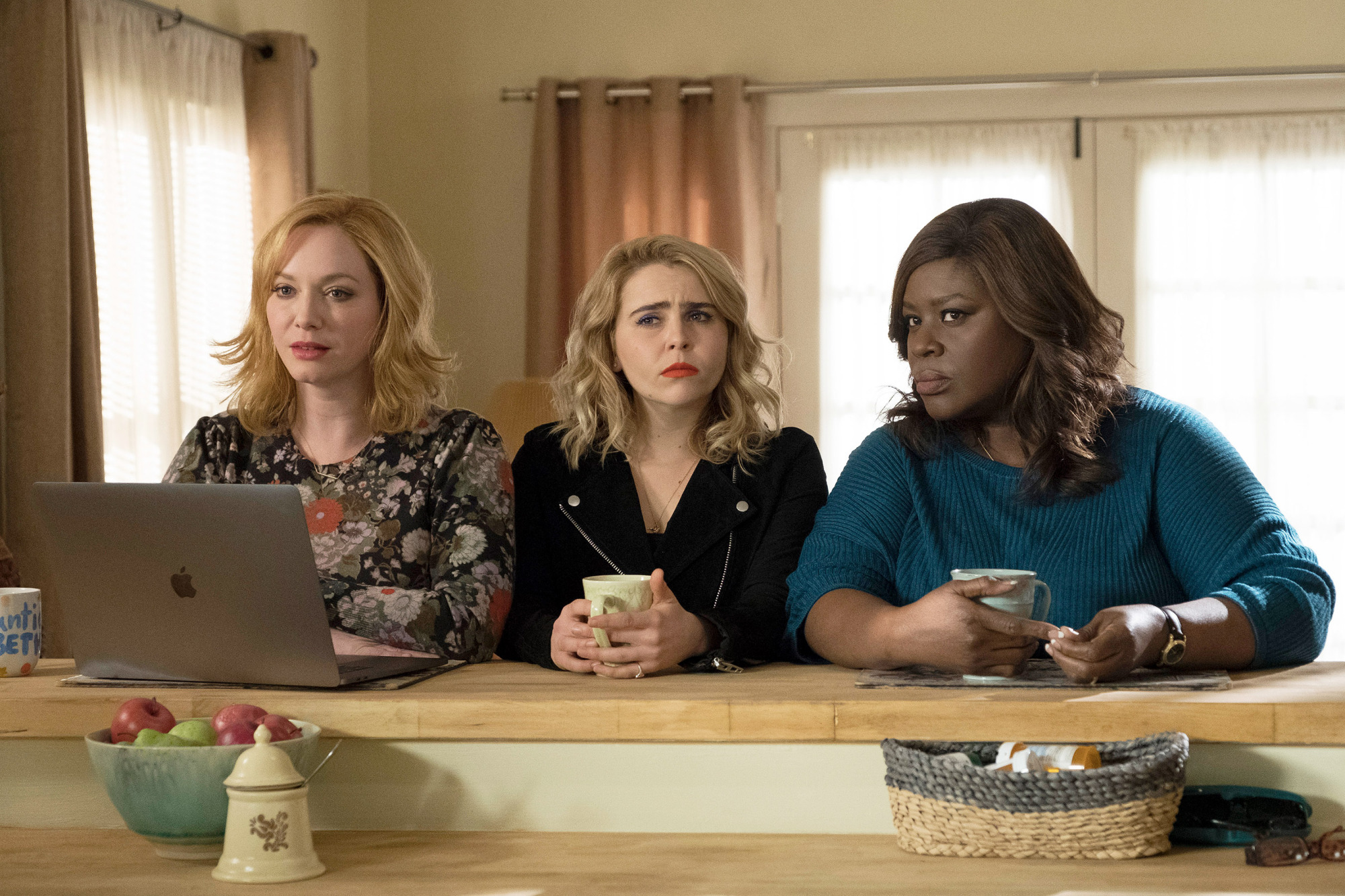 More trouble arises for the good girls as the comedy-infused drama returns for a second season.

The show centers around Beth, a mother of four who suddenly discovers her cheating huband has put their family in a financial crisis; her sister Annie, who is in desperate need of a custody lawyer to not lose her daughter; and their friend Ruby, who is looking for a way to pay for her daughter’s cancer medicine.

When playing by the rules seems to get them no where, these three suburban mothers take matters in their own hands by plotting a store robery. But when one of the vicitms of the store recognizes Annie and tries to blackmail her, things start to get out of hand.

As being blackmailed wasn’t enough, the girls receive an unexpected visit by a man, Rio, who was in business with the store and is looking for the money they took that originally was his. He offers them a chance to pay him back, which eventually results in the girls doing illegal jobs for him.

When the jobs they are given escalate and start to put not only them but their family at risk, Beth sets up a plan in setting Rio up in hopes of landing him in jail. But her plan fails and he shows up in her house, leaving her with a tough decision that could change everything.

As the second season started with Beth, Ruby, and Annie thinking they were done dealing with the repercussions of their actions, they are sorely mistaken as the authorities seek answers for the unsolved crimes.

Not only do the authorities hold potential proof that the girls were involved with the store robbery, but the trio now has to worry about Boomer, a man who knows the crimes they have committed and is more than willing to work with the authorities.

It seems the road to returning to their normal lives is only getting further away, as Rio returns with a new job for them.

While the cast gives a good performance, the show itself can be a bit predictable at times. This series is ruthlessly funny in an everything-will-always-go-wrong type of way, as you see the girls will inevitably find their way back into trouble.