My ex-best friend, “Veronica,” was the type of girl who wanted to save herself for marriage. She grew up in a religious Hispanic household, so her mind was set on marrying someone from her ethnicity.

During our high school years, she was in a relationship with a guy named “James.” They both went to separate high schools, with James being a year above her, but would see each other nearly every day.

Her parents loved James because he grew up in a similar manner and treated her well. When James graduated, his interest for college was non-existent.

Veronica had planned on going to University of Texas in Austin, but wanted James to go to school with her also. She had already set into motion how she wanted her life to end up.

Veronica wanted them to move out of town, go to school and graduate together, get careers and move into a house, and then become financially secure and start a family of their own.

James just wanted to chill. He didn’t want to worry about school. He had already been there for 12 years; he wanted to take a break for a year or two before returning.

Veronica started to get upset that James wasn’t taking an interest in furthering his education. She started to talk to a mutual friend of ours, “Tommy,” and one thing led to another and she broke up with James for him.

He didn’t think Veronica would leave him just because he wasn’t interested in going to college right away.

I was shocked. Veronica was with James for over three years.

When I confronted her about the sudden breakup, she told me she had been talking to Tommy already about leaving James for him. They shared a kiss, unexpectedly, and she knew she felt passion from him she had never felt from James.

I couldn’t help but wonder: How can people check themselves into another relationship when they’re already in one?

Veronica immediately lost her virginity to Tommy when they got together. I asked her why she threw away her philosophies of staying a virgin she had been set on for so long, and she said because she felt he was the one.

They broke up after six months.

The funny thing is though, Veronica and Tommy remained friends with benefits for a few months after their relationship ended, but she cut the cord when she realized Tommy was trying to win her back.

She eventually moved to Austin and graduated with a degree in psychology. Unfortunately though, she met and fell in love with a hipster there, “Zack.”

They are now in a “civil-union” in Chicago, where they drink kombuca, put kale in everything they eat and both have blunt bangs. C’est la vie? 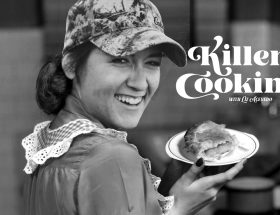 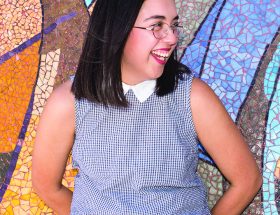