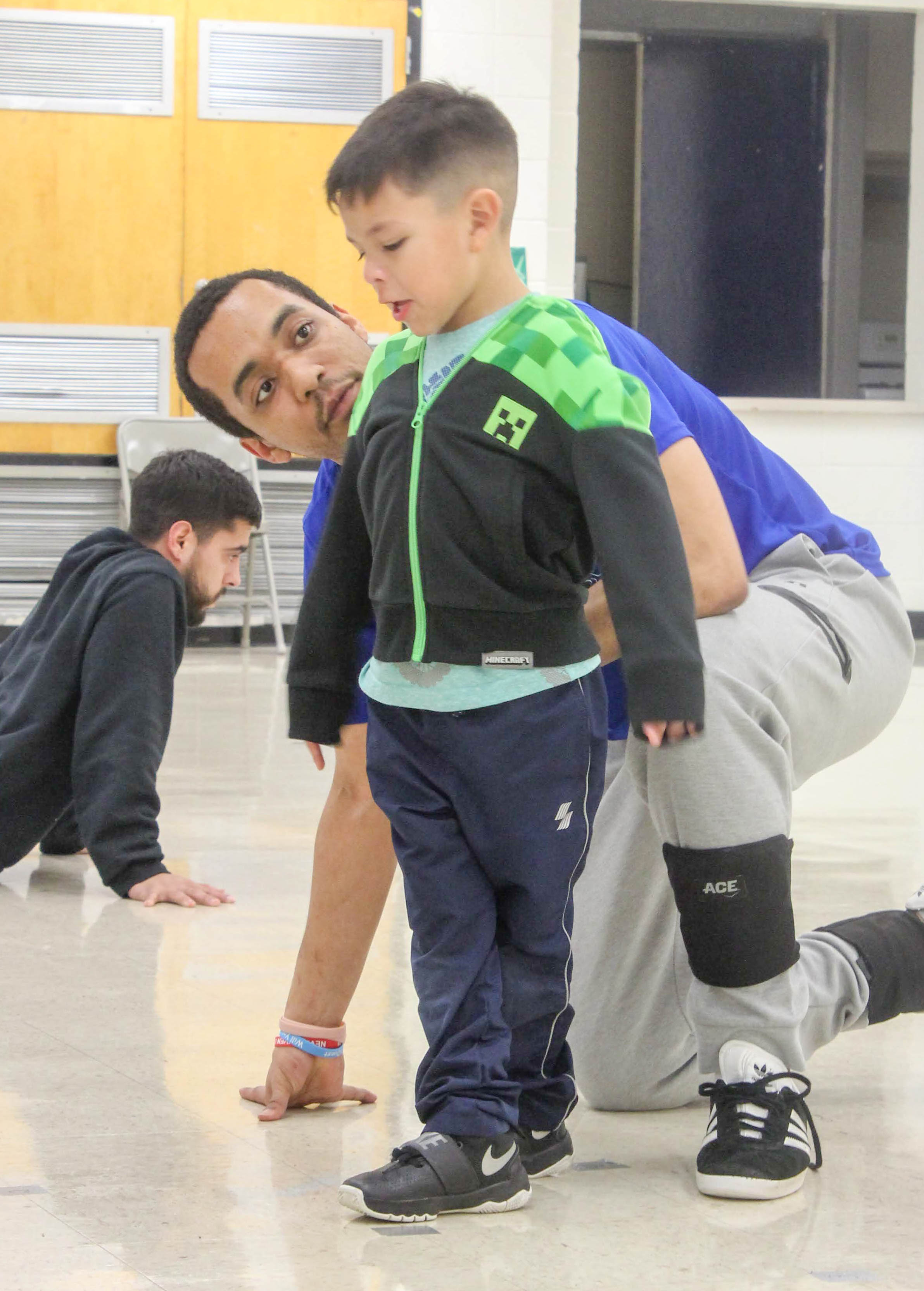 On a cloudy Friday evening, a lamppost illuminates a brown, vinyl square set up in an open parking lot. Jacob Murphy, a lean 6’1” African-American man dressed in roughly scuffed Adidas sneakers, blue jeans and a gray sports jacket of the same brand, stands with the rest of his crew as his turn on the square approaches.

The rest of the members stand aside as Murphy approaches the square with quick, pivoting side steps and explosive handstands going along with the music. These “b-boys” of Corpus Christi got down near the city’s seawall by jazzing the locals with their freestyle moves and upbeat music. The four displayed their talents by spinning, twisting and sliding all throughout the area. Having fought against drizzling rain, fatigue and vehicle exhaust, the city’s monthly ArtWalk platformed them to success. They pulled a full crowd form the streets that night.

Since 2006, Murphy’s journey has been quite a discovery as his passion for this dance has led him across the country and beyond. With no signs of stopping, Murphy was encouraged by friends and family to make an impact with break dancing, or breaking, in Corpus Christi. This gave him the opportunity to leave a bigger influence on a younger generation.

As dark clouds rest, kids are seen on swing sets and slides around the Recreation Center at Oso Park. Inside, the sound of jazzy drums can be heard with trumpets as the music erupts through the extended hall from the speaker. Murphy is instructing his 5-year-old nephew, Nathan Perez, the three-step top rock. Nathan is becoming frustrated when he is told to place his other leg in another direction, starting to sob as his face goes from a sad pink to a flushed red. Softly speaking to Nathan, Murphy tells him that he’s almost got it, moves the boy behind to his original position, and instructs him to start from the beginning. Though the class hadn’t started yet, this first look into any child’s progression in this dance is one that most would find curious to even teach.

Murphy’s son, Sinai, sports a black Ninja Turtles shirt with signature Adidas and shorts. As expected, Murphy’s love and appreciation for this dance had been inherited as the 9-year-old displays windmills that most could never fathom from someone that age. Sinai is presumed to be a part of the advanced group and has been practicing under the direction of his father.

At 5:30 p.m. the small group of kids begins to take places on the floor as Murphy starts out the class with a few quick stretches like neck rotations and a crouched leaning exercise imitating swinging an infant. From there he takes control of the younger and new to instruct them in the first move, the top rock. The move, which shows the opening and closing of the arms, is associated with a weighted lunge rocking-type motion that ends in an occasional pose. This move typically is the starting point before all floor-work moves and comes with several other forms.

Isaac Sanchez holds strong to his advanced group as he has his kids, including Sinai, immediately transition from three- to five-step top rock, to double tap and Indian hop. Sinai, along with Zane Hosey, have joined Sanchez’s advanced group, which helps the other kids who have moved up from Murphy’s. The two boys do this by standing in the back, essentially creating an outer border and having the others face toward Sanchez. Sanchez reminds his students to stay on beat by clapping along with the rhythm of the music. Murphy mentions that his selection of music changes for each session and how it’s important to have an upkeep on that change so the students can express their creativity. Each track has either been produced or created by breakers themselves.

While the music plays, a focused Nathan looks at the pieces of tape on the floor and makes his steps in a circling motion. His uncle tells him he’s doing well as he begins to focus on the other two, Jason Moore and Noah Villanueva. Jason is known to be the instigator for Noah and his baby brother Eli, who is constantly running around the room. The clapping has ceased as Sanchez breaks his even-numbered kids up to face each other so they can mirror their own movements. He then begins to call out each of the moves for the kids to dance and though they are slow in at the start, they begin to move in sync.

As the session reaches halftime, Murphy announces a water break and the kids scatter then disappear out of the room. Sneakers squeak across the floor as he slides his way toward the thermostat on the wall nearby. Sanchez takes the 10 minutes to practice some floor-work by quickly top-rocking into some windmills, almost kicking Murphy. Then everyone in the room seems to exhale as the temperature begins to drop and parents, along with Sanchez, jokingly question, “You’re deciding to do this now?” Murphy quickly apologizes, saying he didn’t think of it at the time. Along with the excitement that comes from the music as well as the kids’ participation, this is one of many clear signs of how heavily invested Murphy has become in teaching. In another case, Murphy was known to return to teach a class after having knee surgery two days prior.

Zane walks away from his mother, Patty Hosey, after exhaustingly hugging her. The mother clutches while patting his back, almost performing a rare transference of energy so he can keep going. Hosey has been bringing Zane since the program started.

“We’ve been waiting on something like this for a long time,” she said.

Kids begin to trickle back in to their same spots. After a few minutes, the pair begin to focus on the children individually, with Sanchez sitting at eye level watching Jackson Garcia and Murphy directing each of Noah’s legs with his hands. Zane is seen talking with Sanchez about his side-steps while Sinai sits beside Sanchez to get a better view of everyone’s footwork. A few minutes go by and Nathan appears to be at ease, having mastered the three steps. At a point, Noah begins to even observe Nathan’s steps as they both begin to learn the five-step top rock.

Several minutes pass as Murphy turns down the music and calls the kids to create a circle around him. Murphy begins to a explain an exercise known as “A Cypher,” where the kids get to let loose on the floor and dance however they choose. This is a ritualistic part of the program that gives the two instructors insight in how well the kids pick up the moves. Jackson is the first to take the lead and with the tempo picking up speed everyone begins to clap along. The kids start to take turns followed by Kai, Jackson’s older brother, Zane, Sinai and even little Eli joins in. The song finishes with Murphy and Sanchez bidding their goodbyes as the kids exit the center. The halls echo of accomplishment with all the kids shouting about how much fun they had. Sanchez, Murphy and Sinai are the last to leave as the three decide what to eat on their way home.

In the three years since its inception, the Corpus Christi Street Dance has steadily flourished with the constant recognition by parents, locals and fans alike. Murphy believes his transformative expression, “professional artists,” has really become them.

“We’ve really found a way to fit dance into our busy lives,” he says.

The B-boy foresees a 10-year anniversary jam session in Corpus Christi where people from all over can come together and dance. With Sinai and Zane being his most progressive, he believes the two as well as his other students to be an example in expanding the lineage of breaking. This desire that he speaks of can be best described as a cultural movement that if reinforced has potential to come into fruition and what Murphy says to be “a prayer answered.”