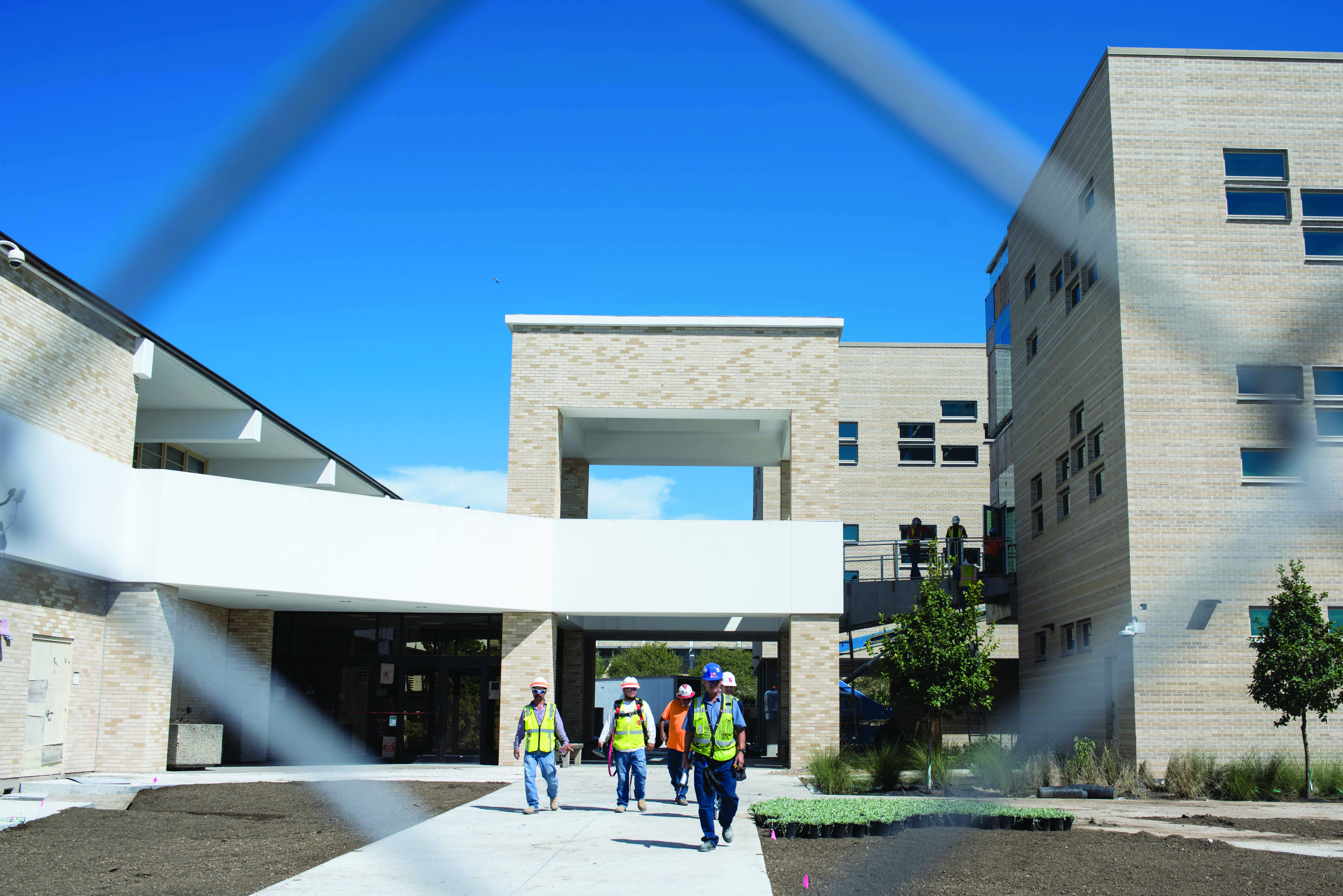 Get ready to break in those new shoes. A delay in the completion of the General Academic and Music Building Phase II means students will still have to avoid the construction zone on East Campus.

The college announced over summer that the building won’t be ready until the spring semester. Plans initially called for the building to be ready to move into by May 15 and be opened on Aug. 15.

Del Mar President Mark Escamilla said the delay is because of unexpected situations and schedule changes.

“We are no longer planning to hold classes in the … building in Fall 2019,” Escamilla said in an email in mid-July. “Instead, we will plan to begin classes in that building starting in Spring 2020. This will allow us to focus on student safety and keep confusion to a minimum.”

“You have to walk around everything to get anywhere,” Goodwyn said. “I used to ride a bike to school, but there are only certain places where you can park your bike. Now I have to park at the history building and walk all the way to the drama building.”

Jolie Lassiter, a nursing major, is in her first semester at Del Mar.

“I don’t even know where anything is anyway,” Lassiter said. “So this construction is making it more difficult for me to find where I’m supposed to go. It’s a huge inconvenience.”

Attempts to reach August Alfonso, vice president for facilities operations and chief information officer, for more details about the delay and its effects on other planned projects, were unsuccessful.

Escamilla said he is determined to eliminate any stress on the students and faculty because of the delay.

“Departments are encouraged to cooperate and assist one another as much as possible during this transitional period,” Escamilla said. “Thank you for your patience, flexibility and cooperation.”

The project, the first of many slated for East and West campuses, is funded by a $157 million voter-approved bond.