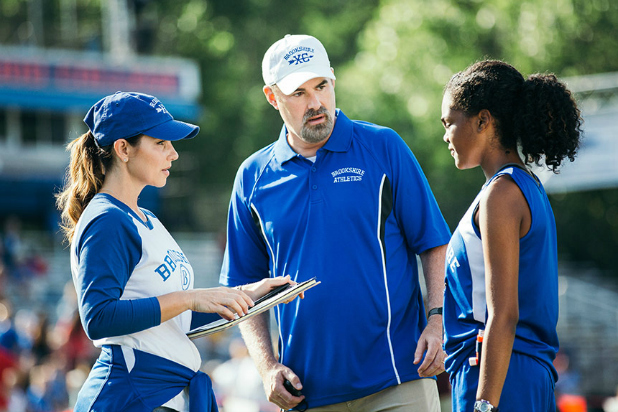 “Overcomer” examines real-life events such as refineries shutting down, families relocating and school struggling to stay open, children who do not live with their parents but another relative, and marital issues.

In the movie, a girl named Hannah appears to be numb and lost in her way of trying to figure out where she belongs in her life. Her grandmother, whom she lives with, is the only relative she has. She works two jobs, leaving Hannah to be alone most of the time, wandering off and even stealing things that do not belong to her. The school she goes to suffered from a big economical change for the district.

A high school basketball coach, John Harrison, had a team built up for the next basketball season in hopes of winning the state championship. When a refinery shut down, many families relocated, including most of the students on the basketball team. Having lost his whole basketball team, Harrison was asked to coach cross country.

When it came to cross country tryouts, only one person showed up, Hannah. While she also has asthma, cross-country is the only thing that makes her feel like she belongs because her deceased father was a cross-country runner.

Harrison sticks to his only team member and discovers that there is a lot more to Hannah and even to himself and through his hardships.

Through the journey with Hannah being the only team member of the school’s cross-country team, Harrison, along with his wife and kids, go through many obstacles for not just themselves but with Hannah as they support her through every meet.

From the creators of “War Room,” directed by The Kendrick Brothers, “Overcomer” was released Aug. 23 and stars Alex Kendrick. The movie, unlike any other of the Kendricks’ movies, hits on lessons that people face in their everyday day life, with the main question being asked of the audience, “Who are you?”